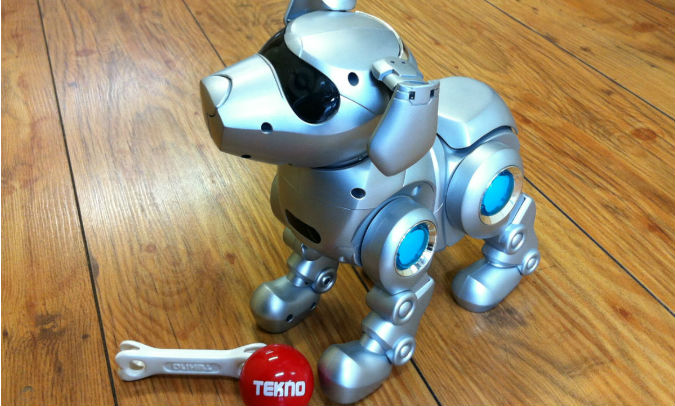 In the hierarchy of rights, where do robots sit?

When we gaze at other sentient beings, we identify – or not – with what comes back to us. A lot from a beloved pet. Not too much from the goldfish endlessly exploring its bowl. But as we delve more and more into  Artificial Intelligence and robots which can think for themselves, what sort of ethical minefield have we stumbled into? Last (northern) summer, a group of Canadian roboticists set an outlandish invention loose on the streets of the United States. They called it hitchbot, not because it was a heavy-smoking contrarian with a taste for Johnnie Walker Black—the universe is not that generous—but because it was programmed to hitchhike.

Clad in rain boots, with a goofy, pixellated smile on its “face” screen, hitchbot was meant to travel from Salem, Massachusetts, to San Francisco, by means of an outstretched thumb and a supposedly endearing voice-prompt personality.

Previous journeys, across Canada and around Europe, had been encouraging: The robot always reached its destination. For two weeks, hitchbot toured the US Northeast, saying inviting things such as “Would you like to have a conversation? . . . I have an interest in the humanities.” Then it disappeared. On August 1, 2016 it was found next to a brick wall in Philadelphia, beaten up and decapitated. Its arms had been torn off.

Response was swift. “I can’t lie. I’m still devastated by the death of hitchbot,” a reporter tweeted. “The destruction of hitchbot is yet another reminder that our society has a long way to go,” a blogger wrote.

Humans’ capacity to develop warm and fuzzy feelings toward robots is the basis for a blockbuster movie genre that includes wall-e and A.I., and that peaks in the Star Wars universe, a multi-generational purgatory of interesting robots and tedious people. But the sentiment applies in functional realms, too…

Read The New Yorker‘s If Animals Have Rights, Should Robots?

And tell us what you think.