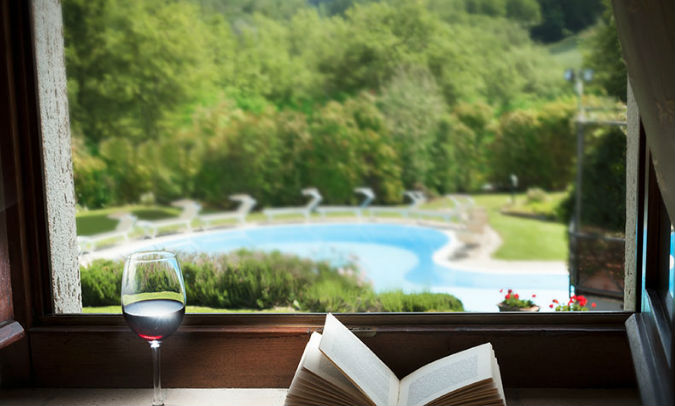 An incredibly warm and generous heart… that’s what guests Italian hotelier’s Silvano Maprin encounter when they stay at his wonderful little country house hotel in Tuscany’s ravishing Val d’Orcia. He considered his career from a farm in Padova through some of the most luxurious properties in the world for 47 Plus’ 10 Questions… 1) When did you begin your career as an hotelier?

My father was a farmer’s son: He told me not to become a farmer. One day, a friend living close to us mentioned this hotel school in Abano Terme (Padova).  Since I loved to travel, I decided take on this activity. I had no idea what it was about, but I knew I would travel well. And here I am in Tuscany!

This was in 1971; by 1975 I got the diploma and started my career in hotel industry. During school holidays of 1972, 1973 and 1974, I had experiences in restaurants and hotel, starting to familiarise myself with the industry.

September 4, 1975. That’s the date my career really started. I arrived at the Gallia Palace in Punta Ala where a Swiss gentleman with a German accent greeted me. His name Hans Herzig. Great person who, together with his wife Helene (French) took care of me. Given my mother tongue is Venetian, I could barely speak Italian.

He taught me to speak and write in Italian. By writing many many thousands of letters to answer the guests for their requests, I learned French and a bit of English. He was been my generous mentor and teacher until 1983.

2) Was it a something you had always wanted to do?

All I wanted was to travel, but did not know of this hotel profession until the hotel school.

3) Name the hotels you have worked at over the term of your career, and the roles?

4 months at the Hilton Park Lane in London, Restaurant Cashier

6 months in the nuclear power station at Sellafield in Cumbria, England

From April 2004 till now on my own with my partner and wife Eliana Pasquini – in Contingnani (Fattoria Bellandi),  Radicofani (La Palazzina) and Bagno Vignoni (Oster dell’Orcia).

4) What is the best thing about working as an hotelier?

Nowadays the most difficult thing is to find adequate, motivated, and passionate staff

6) What do you think makes a truly great hotel – as opposed to simply a 5 star hotel?

Profession and passion – the staff becomes professional and passionate when from the top management.  There are these two elements – my passion and motivation for this profession I got them from Hans Herzig and his wife Helene in my early stage of hotel experience. But most of all I had the opportunity to be on the side of Jean Marc Droulers and Giovanna Govoni Salvadore at the Villa d’Este who, both, gave me the blessing of the passion for hospitality.

Most of the hotels, once an institution in the hospitality industry, have become average due to the flattening of standards. They all have the same standards (this comes from the American way of hospitality) and no personalisation.  Hoteliers need to be careful they do not alienate all their professional, motivated and passionate staff due to their loss of motivation. And, sadly, many are reaching the retirement age.

7) Can you name your favourites?

My favourite is still Villa d’Este the which still preserves the magnificence of the “Grand Maison de Maitre” – its entrance, the gardens, the mosaics – unique gardens. Villa La Massa, above, in Tuscany, which is still well-looked after in its exteriors.

One of my favourites remains the Grand Hotel Des Bains, in Venice Lido. It is a wonderful expression of Liberty (art nouveau) style and life. It still preserves its beginning of the 20th century charm. Although it is now closed, it looks like it will reopen in the near future.

8) What sets them apart?

The different architecture. Their own personal charm, the comfort of their quietness, their landscapes and their environmental settings. Above all though, the passion with which the staff can carry on their art of welcoming.

9) You are an expert in both hotels and guests. What qualities does a great guest have?

Difficult to say. Each guest has his own way to be. All guests are great. We have to be greater in individuating the type of guest in front of us, as he walks into our property. All guests, for as much as they can be similar, they are all different. It is down to us to individuate the way he feels more comfortable, more at ease and the way we can satisfy him/her.

10) You have been to so many luxury hotels. Can you consider the quality of simplicity and name a favourite holiday spot which has that?

Not to be big-headed, but our little and charming Relais Osteria dell’Orcia offers simplicity with quality, discretion, quietness and service with a smile. It is in the heart of the most beautiful valley in all of Tuscany – which might be the same as saying it is in one of the world’s most beautiful spots. We are not technically a 5 star, but we are…

Other hotels I could name, certainly Villa La Massa, with its great charme, views and position outside Florence, on a bend of the Arno; and of course Villa d’Este as I remember it. Another hotel that I and Eliana enjoyed very much has been Belmond Reid’s Palace in Madeira; well run, well managed and preserving very much it 19th century charm. Unbelievable gardens with its “Lussuriosa natura tropicale.” Sophisticated Hotel de Russie in Rome; with its interior gardens, you do not feel being in Rome. The city hits you only when you step outside the entrance.