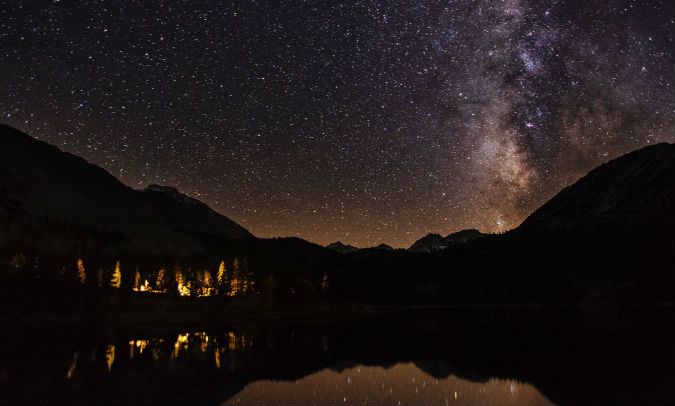 For most of human history, the stars told us where we were in space and time. Have we forgotten how to look up? asks Gene Tracy, director of the Center for the Liberal Arts at William & Mary in Virginia.

​When all the stars were ready to be placed in the sky, First Woman said:

I will write the laws that are to govern mankind for all time. These laws cannot be written on the water as that is always changing its form, nor can they be written in the sand as the wind would soon erase them, but if they are written in the stars they can be read and remembered forever.

​[Navajo creation story quoted in Fire in the Mind: Science, Faith and the Search for Order (1995) by George Johnson]

Some years ago, I visited a gallery that specialised in Inuit art, and the owner shared with me a small but powerful memory.

She had a close relationship with many of her artists, one of whom had shown up for a visit late on a winter’s night. Like many of us, the first thing he did was call home on his cellphone, to let his wife know he had arrived safely.

Unlike most of us, especially on a frigid winter’s night, he did so out in the yard. He needed to see the sky so he could tell his wife what the stars looked like from Richmond in Virginia, while she scanned the sky at her end, in far Hudson Bay.

In that way, he connected with her, both of them finding one another in the world through that useful intelligence of distant stars.

For most of human history, the artist’s behaviour would have seemed ordinary, even essential. It was unthinkable to ignore the stars. They were critical signposts, as prominent and useful as local hills, paths or wells.

The gathering-up of stars into constellations imbued with mythological meaning allowed people to remember the sky; knowledge that might save their lives one night and guide them home.

Lore of the sky bound communities together. On otherwise trackless seas and deserts, the familiar stars would also serve as a valued friend.

That friendship is now broken. Most of us don’t orient to our loved ones using the lights in the sky, nor do we spend our nights pondering what in the 1920s the poet Robinson Jeffers called that “useless intelligence of far stars.”

Discoveries in astronomy and physics of the past century expanded the known universe by orders of magnitude in size and age, and turned cosmology into a true observational science.

Those breakthroughs urged upon us an extraordinary stretch of the imagination, even as related technological advances detached nearly everyone from that larger world by making the stars safe to ignore.

Today, we are more disconnected from the stars than ever before…

Photo by Andrew Coelho on Unsplash