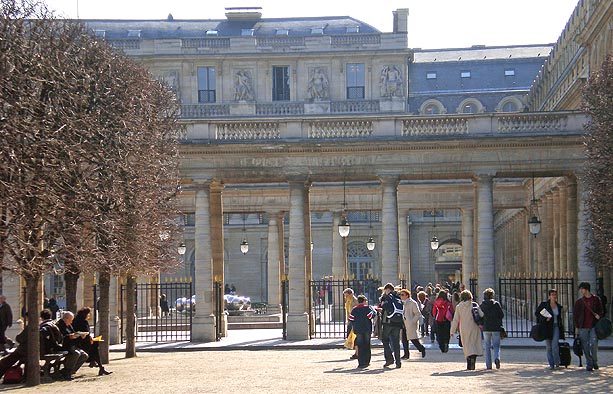 Paris for the very first time

So, a friend has hit 47, and this is the first opportunity to take his wife and their two adolescent children to Europe.

The elder girl will have just finished school, and the second is about to go into her final year. Where to go, what to see, what to do, he wanted to know.

Taking a deep breath, I cautioned him about the cost. He estimated it at around $50,000 – untaxed dollars for those who need more of an adrenalin pump. “That will be for the bank to be concerned about,” he replied. They just don’t know it yet.”

So with that in mind, I set out some options for Paris.

First, where to stay. Paris is the most visited city in the world. Get this: There were record tourist numbers in 2017. For the first time ever, Greater Paris exceeded 23 million hotel arrivals (23.6 million – an increase of 11% on 2016 and 5% on 2014). The total number of visitors to Greater Paris, all accommodation combined, exceeded a record 40 million tourists, according to our estimates.

That is a lot, and what it means to tourists is any flea bag of a flop house called hôtel can charge exorbitant rates – and they do. Now i have stayed in some great hotels – the Georges V (where I was once mistaken by a barman as an upmarket escort!), the Ritz (now around $1700 a night) on Place Vendome, the Hôtel de la Tremoille a couple of times (once for a couple of weeks while I was on assignment with Clarins), the Crillon on the Place de La Concrode, the Royal Monceau (again $1700 a night) on Avenue Hoche, Le Bristol (around $1400) and the Plaza Athénée ($1700) where I mistook my date for Rod Stewart). And… Le Scribe, down near the Paris Opéra, in Ru Scribe – now a Sofitel and a steal at around $550 a night.

I have forgotten all the three-stars where you room is not big enough to swing a cat, have no views, no polite staff, no nothing!

My favourite? Hard to say because they are all so beautiful — the luxury of those suites! — and hold such memories, but probably Le Bristol because of the location, and the brilliant staff. And the sheer size of the suite. Incredible. And Le Crillon. Fantastic location. And it smells beautiful – a mix of white flowers, great coffee, aftershave with a hint of cigarette.

But none of these is suitable for a family of four, so I suggested airbnb. They were way ahead of me there, having done airbnbs in London and New York a couple of years ago.

But what part of Paris to stay in? With two teenagers, you would not want to end up in the wilds of Pigalle, for instance. It might be hip, but it also might be too hip. Or Montmartre in the 18th arrondissment where you will need a sherpa and crampons to getup to the church on the top. By all means take a walk there, though.

And here is a map which shows which arrondeissment is which. whatever you do, steer clear of the suburbs, the banlieus — particularly those which are
défavorisées, considered “sensitive” or unsafe.

Here are some spots you might consider to focus your ainbnb search:

Or the island in the Seine, Île de la Cité or La Place des Vosges – a gorgeous area near the Marais (on the border of the third and fourth arrondissements. This is where Henri II was brought in agonising pain, after being accidentally wounded during a tournament, and subsequently died. His queen, Catherine de Medici upped stumps and took the royal family to the Louvre.

Have a look at this airbnb as an example of what is on offer and what you might pay.

Must see… a day at Versailles. Get there by train. Lot of walking here because there is the main building, the Trianon, the Petit Trianon, and Le Hameau. They are set in a very large park with beautiful gardens. h

Must see, too… Notre Dame de Paris. You can walk up one of the towers and get a Quasimodo-eye view of the city. Imagine what is was like in 13th century France seeing this imposing pile!

La Place de la Madeleine is a really beautiful square, Go to Fauchon (and pick up supplies. The Madeleine is near Place Vendome, home of the Ritz .

Take a drink at Le Willi’s wine bar – 13 Rue de Petits Champs Paris 75001 – which used to be owned by Australians. The original Willy was the lover of Colette — what a scoundrel he was.

Willi’s is very close to the Palais Royale, where Colette lived the last years of her life.

How she acquired her apartment tells you much about Colette. From The New York Times: “In 1937, an interviewer noted that, since leaving Willy, Colette had moved 14 times. Colette was piqued: that wasn’t very much at all, she countered, adding that if she could only live in the Palais Royal, she would never move again. When the occupant of 9 Rue de Beaujolais read this, he gave up his apartment. Colette took it, and true to her word, spent the rest of her life there.”

Rue Faubourg St Honore is in the eighth – and there are some great shops here.

Musée d’Orsay is on the Left Bank of the Seine.

To get there, walk across the Pont Alexandre III to the Hotel des Invalides (Napoleon’s tomb is inside – good to see the Imperial devotion to porphyry ) and the Eiffel Tower. Do not miss out on the Place de La Concorde, which is where the guillotine was in use during the Revolution.

Louvre (of course)… a day here is not nearly enough

Tuileries Gardens, Rue de Rivoli which leads down to them…

Picasso Museum.  It’s in the third.