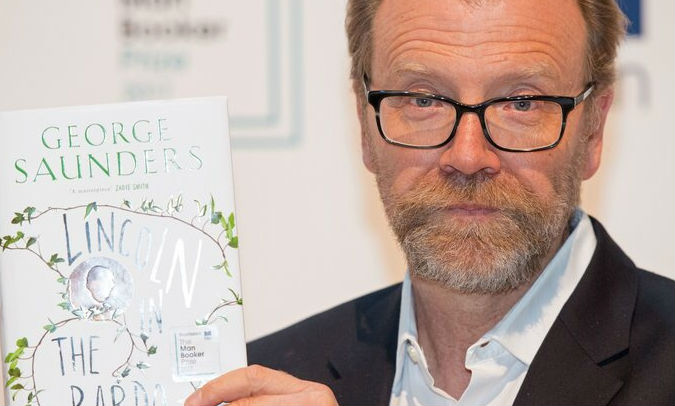 With new releases from literary giants such as Arundhati Roy and Paula Hawkins, as well as much-hyped debuts from a clutch of exciting young authors, 2017 has been a vintage year for book lovers. With everything from the latest award-winners to the sleeper hits of the year, here are the must-read books to look out for as named by The Week and which 47 Plus could not resist. Lincoln in the Bardo by George Saunders

George Saunders’ first novel was released in February and this year he became only the second ever American to win Britain’s highest literary award, the Man Booker Prize.

The novel is set immediately after the death of Abraham Lincoln’s 11-year-old son Willie during the US civil war.

Historical fact mixes with supernatural elements as Willie’s death raises an array of talkative ghosts, 166 to be exact, from the bardo, a Tibetan version of the afterlife.

The ghosts live in the graveyard where Willie is buried and tell the story of Lincoln’s rumored visits to the crypt to hug his son’s body.

The result is a highly original, often humorous reimagining of history which never loses sight of the father-son bond at its heart.

Baroness Lola Young, the chair of the Booker Prize judging panel, said the form of the novel stood out because of its new and innovative style.

“This really stood out because of its innovation — its very different styling and the way in which it paradoxically brought to life these not-quite-dead souls in this other world,” she said. “There was this juxtaposition of the very personal tragedy of Abraham Lincoln with his public life, as the person who’d really instigated the American Civil War.”

In an interview with Interview Magazine, Saunders discussed his process of writing the novel and how he incorporated facts and his own creativity.

“There was one sequence of days when I had halfway decided to use the
historical nuggets, but I wasn’t quite sure it would work. I’d be in my room for six or seven hours, cutting up bits of paper with quotes and arranging them on the floor, with this little voice in my head saying, ‘Hey, this isn’t writing!’ But at the end of that day, I felt that the resulting section was doing important emotional work.”

The author, known for the likes of Norwegian Wood and IQ84, says his first collection of short stories in nine years charters a world filled with “vanishing cats and smoky bars, lonely hearts and mysterious women, baseball and the Beatles, woven together to tell stories that speak to us all”.

Murakami’s previous book, Colourless Tsukuru Tazaki and His Years of Pilgrimage, became a New York Times bestseller and his latest writings are said to feature the same wry humour that has defined his entire body of work.

Ranked by The Guardian‘s Steven Poole as “among the world’s greatest living novelists”, Murakami is renowned for his tales of emotion and intrigue and is sure to delight readers with his new collection.

The first reviews will appear closer to the book’s release date, but the publisher promises “a glorious cast of unforgettable characters, caught up in the tide of history”.

Focusing on Agamemnon’s sacrifice of his daughter Cassandra and its tragic consequences, the book has a “controlled, hushed quality, like that of a Morandi still life, which only serves to heighten the terror and pity of the tale”, says The Guardian.