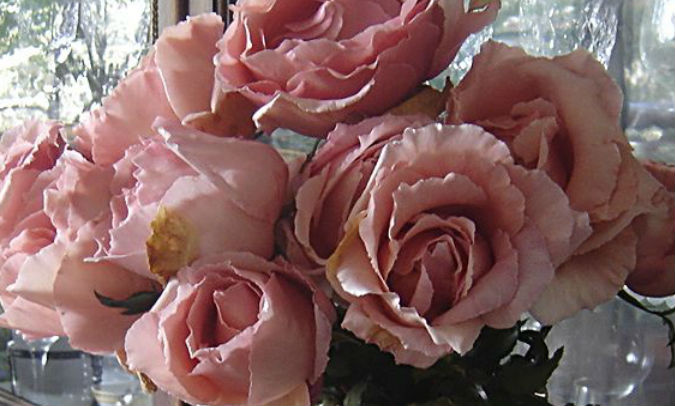 Conran: Life is still too short to stuff a mushroom

In 1975, British author Shirley Conran became famous for her book, Superwoman. In it, she took on the notion which grew out of Second Wave feminism, that ” women could have it all…”  whatever all meant. That was reduced by the media coverage of the book’s launch to one phrase she used in it – “Life is too short to stuff a mushroom.” Some decades later, she was asked if her advice about life being “too short to stuff a mushroom”  was redundant?

Shirley was right back into the fray: ” I can’t tell you how sick to death of that phrase I am, but it is still relevant.

“As I sort my emails every day, I mutter to myself, ‘First things first and second things never.’

“It is about analysing your priorities. Both sexes need that. As far as Superwoman is concerned, anyone who thought I was encouraging women to do more should read it again.

Life has changed since 1975 but basic priorities haven’t. If you don’t want to look after children, don’t have them – and that applies to men, too.

“The good thing is that in the intervening years, people have become less cavalier about women’s time. You always need to know how to sort out your priorities fast. I hear people saying you can have it all – and the answer is, you can’t.

“What is a home? A home is a myth. A home is the Forth Bridge, one damn long, never-ending cleaning job which nobody notices unless you don’t do it.”

Ah, the resignation from the role of the cleaner. As life gets busier, many women have notice that not only can they not have it all, they can’t bloody well do it all, either.

The washing and ironing might be done around my place, and the kitchen and bathrooms cleaned sufficiently so there is no imminent danger of a cholera, typhoid, infectious hepatitis, polio, or cryptosporidiosis outbreak, but the deep clean is something which I just let slide when i am overwhelmed with trying to manage a professional and a private life.

A dear friend, for whom I had done a service, took notice of this and sent me a lifeline in the form of Karolina and Greta, brand ambassadors for Connect Concierge.

They were booked to come at 9 on a Saturday morning, fully equipped to complete my deep clean… that’s the kitchen and bathrooms (including the cupboards and the drawers – an unimaginable luxury!), the vacuuming, the dusting. I asked only that they also do the skirting boards – a job I absolutely detest!

As I retreated to my study to write, I spotted one of them on the back terrace cleaning the glass sliding doors!

They were booked for three hours, but they decided there was an extra half hour in it so called back to base for permission to carry on… which they did.

They left a little after 12.30 pm, making a little gift of  and the house was in the best form it has been for years.

I am still astonished at what they were able to achieve in seven hours between them… while I was able to write – something I infinitely prefer to do.

Here’s an idea for Christmas… give someone who is overwhelmed by the details of modern life the gift of time. Give them a service – a cleaner, a sitter, a gardener, and ironing person… something which solves the mundane problems of life and gives the recipient an opportunity to do whatever they please.

Other images by 47-plus.