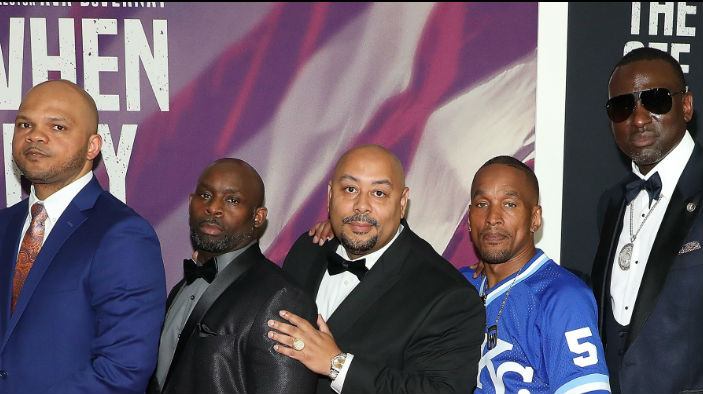 This is what 47 Plus settled down with on a grey Saturday afternoon – a new Netflix miniseries about the case of the Central Park Five. It wasn’t a cosy story at all.

On the evening of April 19, 1989, a large group of black teenage boys entered the northeast sector of Central Park. The NYPD later arrested some for the assault and robbery of various park goers.

That same night, Trisha Meili, a 28-year-old investment banker, was found naked, gagged, and beaten unconscious in the park. Out of the 30 or so boys taken into custody that night, sex crimes prosecutor Linda Farstein saw a tenuous link between five of them and Meili.

After hours of interrogation without an attorney (or, at times, their parents), four of the five confessed to being accomplices to Meili’s rape, assault, and attempted murder. A jury eventually convicted The Central Park Five — Korey Wise, Antron McCray, Yusef Salaam, Raymond Santana, and Kevin Richardson — of various charges in the absence of physical evidence, and would spend between six and 13 years in prison before the state completely exonerated them.

To commemorate the 30th anniversary of the arrests, filmmaker Ava DuVernay has directed a new miniseries for Netflix about the case, When They See Us.

This is not the first time this story made its way to the screen. Sarah Burns, along with her father Ken Burns and husband David McMahon, directed the 2012 documentary The Central Park Five.

That film is an affecting indictment of the NYPD’s simultaneously lazy and overworked system, which carelessly shuffled the boys into prison, and of the runaway media train that indulged the likes of Donald Trump and the bluster of Al Sharpton.

This limited series asks viewers to consider the climate that made such a horrifying outcome an almost mechanical inevitability — the crack epidemic, the AIDS crisis, socioeconomic disenfranchisement under Reaganomics, and widespread racial tension.

Read the review in full from Hyperallergic.