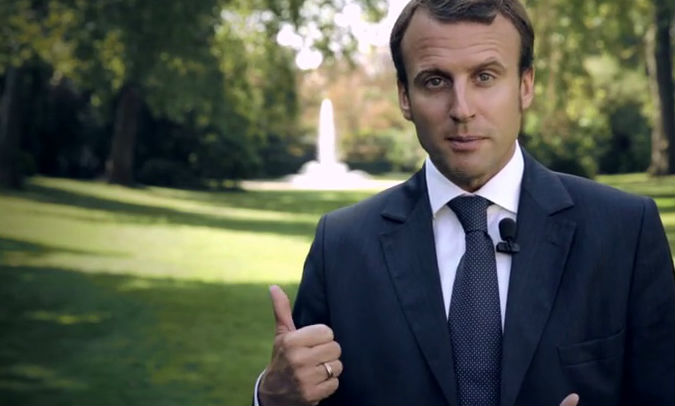 Meet Emanuel Macron, the President who could seduce a chair

Is France’s new president Emanuel Macron a political miracle, or a mirage that is already fading away? asks Emmanuel Carrère in The Guardian. The man does not perspire. I discovered that on September 12, on the island of Saint Martin, a French territory in the Caribbean that had been devastated a few days earlier by Hurricane Irma.

Uprooted trees, roofs ripped from houses, streets blocked by mountains of debris: for three hours Emmanuel Macron, president of France, has been walking through what remains of the village of Grand Case in the sweltering, clammy heat amid the strong odour of burst sewage pipes – or in other words, of shit.

Everyone accompanying him, including the author of these lines, is dripping with sweat, literally soaked, with large circles under their arms.

Not him. Although he hasn’t had a second to change or freshen up, his white shirt with elegantly rolled-up sleeves is impeccable.

And so it will remain until late in the night, when the rest of us are exhausted, haggard and reeking, and he’s still as fresh as a daisy, always ready to shake new hands.

Every interaction with Macron follows the same protocol. He turns his penetrating blue eyes on you and doesn’t look away.

As for your hand, he shakes it in two stages: first a normal grip, and then, as if to show that this was no ordinary, routine handshake, he increases the pressure while at the same time intensifying his gaze.

He did the same thing to Donald Trump and it almost turned into an arm wrestle.

Then, with his other hand, he clasps your arm or shoulder, and when the time comes to move on, he relaxes his grip while lingering almost regretfully, as if pained to cut short an encounter that meant so much to him.

This technique works wonders with his admirers, but it’s even more spectacular with his enemies. Contradiction stimulates him, aggression galvanises him.

To those who complain that the state took its time bringing relief, he explains calmly and patiently that the state does not control extreme weather conditions and that everything that could be anticipated was anticipated. At the same time – and we’ll come back to this “at the same time” – he never stops repeating, just as calmly, just as patiently: “I came to Saint Martin to hear your anger.”

Main image, and image of Macron and Trump, wiki commons

Image of Macron and German Chancellor Angela Merkel, The Times of Israel