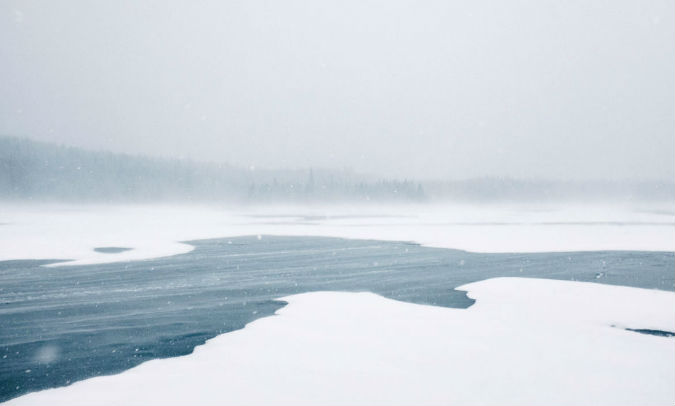 As the world warms, it releases methane trapped underneath the frozen tundra. In turn, that increases the rate of warming in a vicious circle. Ian Johnston, THE Environment Correspondent for The Independent reports.

Runaway global warming is, without a doubt, a nightmare scenario for humanity.  As the temperature rises, it has knock-on effects that drive the mercury higher still in a vicious circle.

That’s what Professor Stephen Hawking has warned could turn the Earth into a planet like Venus. There it’s a balmy 250 degrees Celsius and the rain is made of sulphuric acid. Sounds like bliss!

One of the most feared of these feedback loops is the vast amount of organic material currently trapped in permafrost. That thawing would release methane and other greenhouse gases in large amounts given the right conditions.

And now a team of researchers has discovered another significant source of emissions that would result from the thawing of the tundra. The frozen ground acts as a cap on much more ancient gas deposits, preventing them from escaping into the atmosphere.

These seeps were known about, but just how important they would be was poorly understood.

The new study, of 10,000 square kilometres of the Mackenzie Delta in Canada, found that the seeps there were responsible for 17 per cent of the total emissions from the land. That is despite the fact though they were only found in about one per cent of the area, according to a paper in the journal Scientific Reports.

One of the researchers, Professor Torsten Sachs told The Independent: “We were a bit surprised … we saw these very strong emissions. It means a very tiny fraction of the area produces quite a big share of the estimated annual emissions.’

Photo by Adam Excell on Unsplash