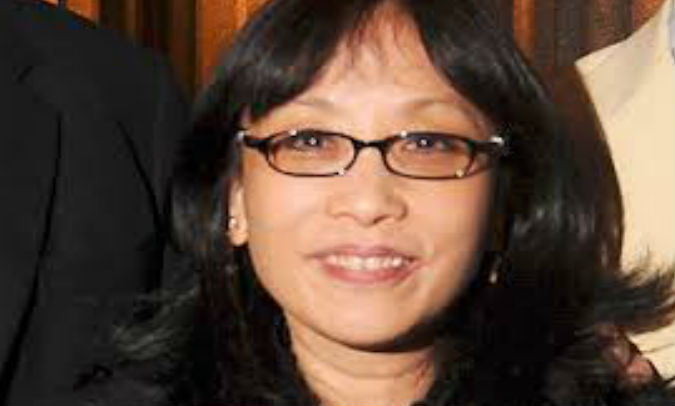 Michiko Kakutani, The New York Times chief book reviewer and Pulitzer Prize winner, who has been, by a wide margin, the most powerful book critic in the English-speaking world, is stepping down. Her final review, on the debut novel by Nigerian author Ayobami Adebayo, was published early August. Reached by phone, Kakutani said that she could neither confirm nor comment. But sources familiar with her decision, which comes a year after the Times restructured its books coverage, told me that last year’s election had triggered a desire to branch out and write more essays about culture and politics in Trump’s America.

One of her most most influential pieces of the past few years landed in September, when Kakutani impishly reviewed Volker Ullrich’s Hitler: Ascent, 1889-1939, in a style that sounded as if she could have been writing about another demagogue who was at that very moment consolidating power on the U.S. political scene. “Hitler,” Kakutani wrote, “was often described as an egomaniac who ‘only loved himself’—a narcissist with a taste for self-dramatization and what Mr. Ullrich calls a ‘characteristic fondness for superlatives’.”

Kakutani’s departure will instantly change the shape of the publishing world. She wielded the paper’s power with remarkable confidence and abandon. During the course of her nearly 40 years at the Times (she joined as a reporter in 1979, before switching to criticism in 1983), Kakutani, 62, helped make the careers of many literary name brands, from George Saunders, Mary Karr, David Foster Wallace, and Jonathan Franzen (above right), to Ian McEwan, Martin Amis (above left), Zadie Smith, and others.

Just as often, and more memorably, she tore apart some of the book world’s sacred cows—often ones whose earlier work she had praised. She slashed away at Gore Vidal and Norman Mailer, who ranted about her in a 2005 Rolling Stone interview. (“I’m her number-one favorite target. . . . But the Times editors can’t fire her. They’re terrified of her.”) Three years later, Franzen called her “the stupidest person in New York City,” presumably for her pan of his memoir, The Discomfort Zone. One wonders what Franzen thought of her, years later, when she wrote about his novel Freedom: “This time, in creating conflicted, contrarian individuals capable of choosing their own fates, Mr Franzen has written his most deeply felt novel yet—a novel that turns out to be both a compelling biography of a dysfunctional family and an indelible portrait of our times.”

Kakutani was a fearsome and unpredictable gatekeeper, more so because she has been a singularly private person, almost never seen or heard from outside of her reviews. She is said to be close friends with Maureen Dowd and Alessandra Stanley, part of a long-standing clique of empowered and influential women at the Times.

“No one has played a larger role in guiding readers through the country’s literary life over the past four decades than Michi,” Times Executive Editor Dean Baquet wrote in a memo to the staff after the story was published. A new chief book critic has not been appointed, but the Times announced that Parul Sehgal, a senior editor and columnist at the Sunday book review, will join the paper’s team of book critics.

Full story: MICHIKO KAKUTANI, THE LEGENDARY BOOK CRITIC AND THE MOST FEARED WOMAN IN PUBLISHING, IS STEPPING DOWN FROM THE NEW YORK TIMES

Ouch! What she wrote

The Spooky Art: Some Thoughts on Writing, Norman Mailer, 2003

The effect of reading the book straight through is like going on a very long bus ride over a very bumpy road, sitting next to a garrulous raconteur who never takes a nap and never pauses for breath, and who seems to have no internal editor or censor in his head. There are moments when you’re blown away by your traveling companion’s energy and candor, and moments when you’re utterly benumbed by his self-absorption, his defensiveness, his capacity for wacky mumbo jumbo.

The Second Plane by Martin Amis, 2008

Indeed “The Second Plane” is such a weak, risible and often objectionable volume that the reader finishes it convinced that Mr. Amis should stick to writing fiction and literary criticism, as he’s thoroughly discredited himself with these essays as any sort of political or social commentator.

In his new memoir, “The Discomfort Zone,” Mr. Franzen turns his unforgiving eye on himself and succeeds in giving us an odious self-portrait of the artist as a young jackass: petulant, pompous, obsessive, selfish and overwhelmingly self-absorbed.

Some more memorable Kakutani burns on The Cut.