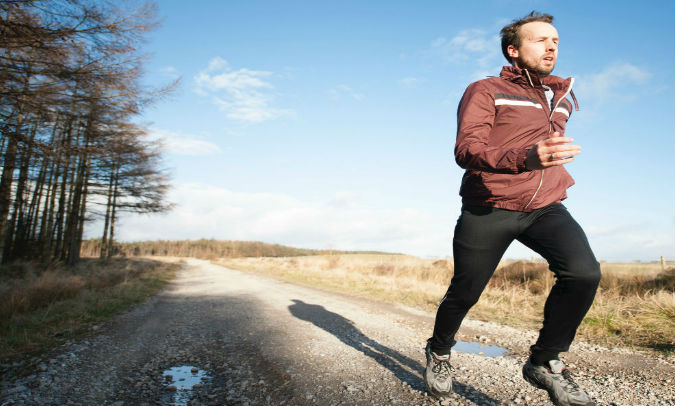 Another benefit for bloody exercise! Get moving for better skin

Truly, we do not want to alarm you, but there is another reason to get up off the sofa and into the wide, wild, outdoors. Here’s why…

According to a recent report of new research in The New York Times, “exercise not only appears to keep skin younger, it may also even reverse skin aging in people who start exercising late in life.”

That really seems to fly in the face of Nature, since many of us developed that sun-damaged skin, crows feet, saggy and crepey skin, and age spots precisely because we were fooling around outdoors.

Those changes in changes in skin appearance seem impossible to avoid. As soon as we hit 40, our stratum corneum, the final, protective, outer layer of the epidermis, itself the top layer of your skin, begins to thicken.

Which is bad news, because that’s the part you show to the world, and which can be felt. It is made up mostly of dead skin cells and some collagen… and the news gets better. As the stratum corneum becomes drier, it also becomes flakier and denser.

Below the surface, things are not much better. Under the epidermis, he dermis goes in the with direction and thins. Skin cells and elasticity are lost and that means saggier skin.

This is all apart fro any sun damage; these changes are simply due to the passage of time writing on our skin.

But… there is hope of reversal!

Recently, according to The NYT, “researchers at McMaster University in Ontario began to wonder if such alterations were inevitable.

“Earlier studies at McMaster involving mice that were bred to age prematurely had shown that a steady regimen of exercise could stave off or even undo the signs of early aging in these animals. When members of this breed of mice remained sedentary, they rapidly grew wizened, frail, ill, demented, and graying or bald. But if they were given access to running wheels, they maintained healthy brains, hearts, muscles, reproductive organs, and fur far longer than their sedentary labmates. Their fur never even turned gray.

“Of course, we humans long ago swapped our fur for naked skin. But if exercise could keep animals’ outer layer from changing with age, it might, the researchers speculated, do the same for our skin.’

So they started to investigate, and discovered that ‘after age 40, the men and women who exercised frequently had markedly thinner, healthier stratum corneums and thicker dermis layers in their skin. Their skin was much closer in composition to that of the 20- and 30-year-olds than to that of others of their age, even if they were past age 65.’

Then they looked at diet as well… and this is such good news for people who treat their bodies like temples!