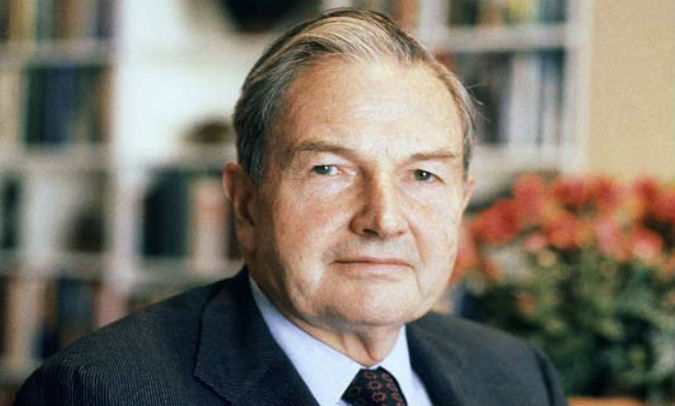 Sale of the century: A Rockefeller’s lot goes under the hammer

The estate of banking scion and art collector David Rockefeller, who passed away in March at the age of 101, and his wife Peggy, who died in 1996, will be sold at Christie’s New York in the northern spring of 2018.

Experts are already speculating that it could be the most valuable collection ever sold at auction, surpassing the 2009 sale of the estate of fashion designer Yves Saint Laurent, which totalled $484 million.

Rockefeller’s will estimated his assets at $700 million, and Christie’s is expecting a sales total in that range, according to The Wall Street Journal. The Rockefeller provenance will only increase interest in a collection that is more than impressive in its own right.

“It will be the sale of this century and the last as well,” former Sotheby’s co-chairman of Impressionist art David Norman told Bloomberg. “Every work lives up to the Rockefeller name. It’s a perfect match of a great historic family and a great historic collection.”

The last-surviving grandson of Standard Oil giant John D. Rockefeller, David Rockefeller was known for his philanthropy, and the proceeds of the sale’s approximately 2,000 items will benefit a dozen institutions, including New York’s Museum of Modern Art.

Arrangements were made before Rockefeller’s death for Christie’s to handle the estate. The Rockefellers had worked for many years with Marc Porter, who recently returned to the house following a short stint at Sotheby’s.

The sale is especially noteworthy because Rockefeller rarely brought his holdings to auction during his lifetime. The one major exception, Mark Rothko’s White Center (Yellow, Pink, and Lavender on Rose), 1950, fetched $72.84 million at Sotheby’s New York in 2007. He had bought it for just $10,000.

A major donor to MoMA, Rockefeller and his collection was the subject of the museum’s 1994 exhibition “Masterpieces from the David and Peggy Rockefeller Collection: Manet to Picasso,” featuring 21 canvases gifted or promised to the institution. He gave MoMA a then-record $100 million donation in 2005, and was a fixture at their annual Party in the Garden, attending at the age of 100 in 2016.