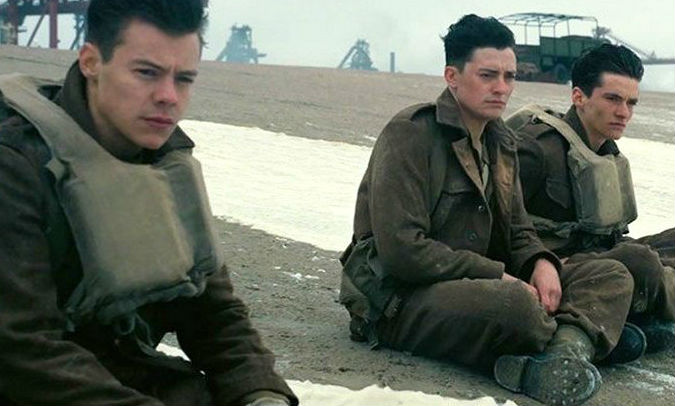 Dunkirk the movie: An uptick in tourism for the beaches of Normandy?

As  the “tiny ships” Dunkirk, Christopher Nolan’s blockbuster goes global, locals on the northern beaches of France are looking for an upturn in their fortunes – thanks to increased numbers of US visitors. Things can look very different from the other side of the Channel. In Britain, Dunkirk has become a national byword for a very British kind of resilience and communal spirit. In France, it is simply the name of an industrial port.

The events of May and June 1940 are largely ignored in the town, and all but forgotten across the rest of France. If they are mentioned at all, it is usually as a shameful prelude to Nazi occupation and the dark years of the Vichy puppet regime.

On the site of the almost miraculous evacuation of more than 338,000 men in the face of a fierce Nazi German assault, that frantic stretch of days has been half-buried history for decades.

British history enshrines the evacuation as a critical effort that saved troops to fight another day and laid the ground for ultimate victory. In France it is seen as a disaster. If it is mentioned at all, it is often with shame. “For Britain, Operation Dynamo was a success. But for the French, it was a crushing defeat,” tour guide Marie Debureaux explains as she takes a group of visitors along the beaches where soldiers queued for days in the desperate hope of rescue.

We say Dunkirk: It’s Dunkerque to them

Tourism leaflets in the town underline the difference between the Dunkirk of the British imagination and the Dunkerque that French visitors come to see. It is the English-language brochures which direct tourists to memorials, battlesites and a museum about the evacuation. French-language equivalents focus more on pointing out beaches for holidaymakers.

Now Dunkirk residents hope that Christopher Nolan’s eponymous blockbuster will not just reinvigorate local tourism, but also help boost understanding of their town’s more recent history – and particularly France’s role in the evacuation. “We don’t learn about Dunkirk at school. I did a history degree and we didn’t even study it then,” says Camille Dourlens, in her early twenties and one of the younger members of the team at the town’s 1940 Dynamo museum.

A powerful exploration of the history of the evacuation, the museum also provides a reminder of the French authorities’ lack of interest in the events of that time. It was set up in 2000 by volunteers, runs without official staff or funds, and rarely gets visits from French schools, although British students arrive regularly. That, Dourlens says, is a loss for France, and is one reason she volunteers at the museum and is so excited about Nolan’s film: “I would like this to be recognised as a French story too.”

Vichy France wipes out the memory of the Dunkirk triumph?

The museum team see the neglect of France’s history in Dunkirk as a disturbing triumph of Vichy propaganda decades after the regime itself crumbled. “French people don’t know, because (Marshal Philippe) Pétain made a silence about what happened,” said Christian Belen, one of the museum’s founders. “There are quite a lot of French visitors (now), because they don’t know the story and they want to find out more. They come because of the Nolan film.”

Read the full story from The Guardian here.