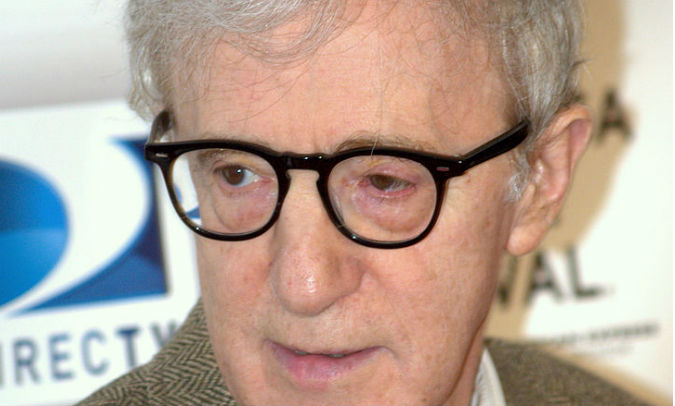 Another year, another Woody Allen film. They were as regular as annual rumours of another Stones tour. And many people never missed one. These days, things have changed and Allen’s films are being viewed with a less accepting lens. Christopher Orr reports for The Atlantic. For roughly a quarter century—from Take the Money and Run in 1969 to, say, Bullets Over Broadway in 1994—Woody Allen was among America’s most fascinating and iconic filmmakers.

His early comedies were a revelation; his more mature works (in particular Annie Hall, Manhattan, The Purple Rose of Cairo, and Hannah and Her Sisters) were among the best films of the period.

Frequently casting himself in central roles, he mined a vein of humor that was emphatically Jewish yet accessible to a wide audience. And if his occasional homages to great European directors such as Bergman (Interiors and Another Woman) and Fellini (Stardust Memories and Alice) weren’t entirely successful, they nonetheless deepened the intellectual reputation of an oeuvre also known for its allusions to art, literature, and philosophy.

Alone among major directors, he seemed to be speaking almost intimately to his audience, playing repeated variations on the same character, a man who was a recognizable variation on Allen himself.

Though Allen, now 81, has maintained his frenetic pace of one feature film a year since 1982, his more recent output has been generally, yet gently, judged a disappointment.

His best films of the past 20 years—Match Point, Blue Jasmine—are solid but overrated, perhaps because so many of us dream of a return to his early form. (A. O. Scott of The New York Times, who accurately described Match Point as Allen’s “most satisfying film in more than a decade,” then couldn’t resist hyperbole: “a Champagne cocktail laced with strychnine.”)

Discussions of the overall quality

The rest run the gamut from middling—Vicky Cristina Barcelona, Midnight in Paris—to genuinely bad: Scoop, Whatever Works, To Rome With Love. While the former have a habit of garnering plaudits anyway (Midnight in Paris won an Oscar for best original screenplay), the latter are often politely ignored in discussions of the overall quality of his work.

The upshot has been that Woody Allen’s stature as an important filmmaker (unlike his personal reputation) has proved surprisingly sturdy—despite the withering self-assessments he offers every so often.

In an interview during the filming of Match Point, he described himself as “functioning within the parameters of my mediocrity,” and went on to note that if he were ever to make another great film,  it would be “by accident.” False modesty? Some, no doubt. But we would do best to take his words at face value.

For years the evidence has accumulated: Woody Allen is an astonishingly lazy director.

Often this fact gets a positive spin, as when he is described as “an actor’s director”—code for the reality that he offers his performers little or no guidance and tries to complete every scene in as few takes as possible. Here, again, Allen is bluntly honest.

“I’m lazy and an imperfectionist,” he explained in a 2015 NPR interview.

“Steven Spielberg and Martin Scorsese will work on the details until midnight and sweat it out, whereas for me, come 6 o’clock, I want to go home, I want to have dinner, I want to watch the ballgame. Filmmaking is not [the] end-all be-all of my existence…”

Full story: The Remarkable Laziness of Woody Allen (The Atlantic)