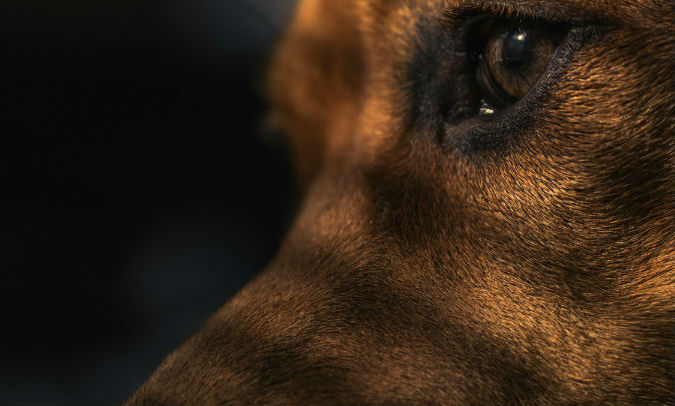 When a dog and his person just don’t get along…

Everyone thinks that dogs worship their owners – viewing them as gods of some sort. While that may be true in the majority of cases, it isn’t always so. As a veterinarian who has focused on animal behavior and the human/canine bond for 30 years, I can confirm that sometimes, no matter what, a dog and his person just aren’t going to get along.

Take Ruckus, an adopted Wheaton terrier with an attitude. He pretty much hated his new owner, Rick, and was none too warm and fuzzy with Rick’s wife, Cindy. Although Rick was a terrific guy by human standards, Ruckus gave him hell – much the same as he had done with his previous male owner. It started slowly with some space guarding and territoriality. It eventually got so bad that Rick had to call on his way home to tell Cindy to confine Ruckus for fear of being attacked.

To Ruckus, Rick was persona non grata in his own home. It all ended very badly one day when Ruckus was tied up outside while Rick was mowing the lawn. Ruckus’s constant lunging eventually dislodged the tethering post and he flew at Rick, teeth bared and intent on committing grievous bodily harm. A wrestling match ensued; the police and animal control were called while Rick hung on with Ruckus in a choke hold. You really don’t want to know how this story ended: not well for Ruckus, I’m afraid.

While there are dogs like Ruckus who frankly dislike their owner, there are others who get no pleasure out of living under the same roof as them. They merely tolerate certain people because they have no other choice. After adoption, these hapless hounds just find themselves having to endure uninteresting or punitive owners. Some withdraw and remain in a permanent funk. Others simply accept this shoddy treatment as the norm and carry on as best they can.

Read  more on The Conversation: When ‘man’s best friend’ feels more hate than love for an owner

Photo by Christopher Harris on Unsplash