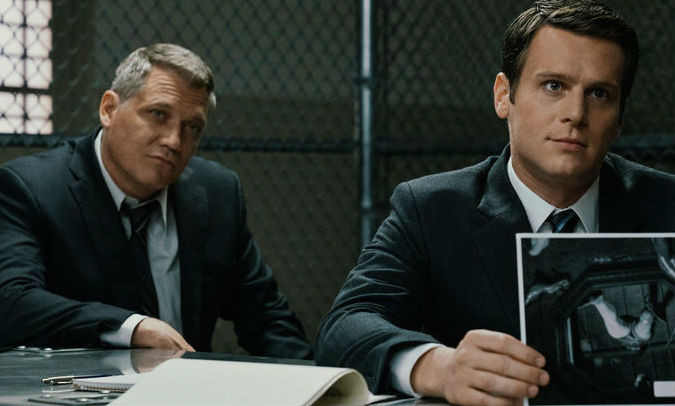 What to watch this week on TV

We watch it all so you don’t have to. Here are 47 Plus’ picks for you this week – and a relative dud. Find it on SBS

Six, History’s scripted drama on Netflix, about special-forces soldiers, has a lot in common with its characters, who often have a clarity of purpose in the field that they struggle to find in other arenas.

The show’s directors are adept at shooting action, and when the men of SEAL Team Six are on missions and in other high-risk situations, their motivations and actions are usually rendered with taut energy and fluid economy.

It’s when the narrative returns to the home front, or laboriously stitches together its overarching terrorism plot, that the show feels most predictable.

Just as several of the soldiers excel in the field even as they flounder in their personal lives, Six works best as a portrait of military camaraderie and the cohesiveness of a unit under pressure.

When it’s observing the rituals and training processes that turn these men into the warrior elite, or depicting the fraying of the tight-knit team’s internal loyalties, it achieves a sense of moderate momentum. But it’s less successful, at least in its first four episodes, when it comes home.

The drama’s signal achievement — and it’s not a small one — is that it depicts the day-to-day work of these men without being either hagiographic or overly harsh about what they do and why they do it. It’s not within this show’s mission to question the overall architecture of the United States’ war on terror.

But like the sturdy Cinemax action series Strike Back, which explored similar turf, it does engage in some considered critiques of how the military machine uses — and overuses — the skills of some of its best fighters without necessarily being willing to deal with the mental and physical consequences the men and their families endure as a result of all those deployments.

47 Plus verdict: A great series. We loved it because of Walton Goggins (Justified), the unromantic depiction of what happens to men in combat, and the fantastic direction from A-listers.

Mindhunter in The Atlantic

Find it on Netflix

One of the welcome moments of comedy in Mindhunter, David Fincher’s new Netflix series about FBI profilers, follows a prison visit. Agent Holden Ford (Jonathan Groff) is interviewing Edmund Kemper, a real-life serial killer (played by Cameron Britton) who was named “the co-ed killer” after he abducted and murdered a series of female college students in California.

Kemper calmly notes the contrast between his regular life and his hobby of dismembering his victims and having sex with their severed heads, which he describes as his oeuvre. Ford’s partner, Bill Tench (Holt McCallany), is appalled by the choice of word. “His ‘oeuvre’?” he asks. “What the fuck, he’s Stanley Kubrick?”

You could argue, though, that the ritual murderers of the 1970s had a more profound impact on American culture than even the visionary director.

Times are lean now for serial killers. After peaking in the 1970s and ’80s, when as many as 700 were operating nationally and their exploits were a tabloid obsession, they’ve plummeted in number since 2000.

But crime storytelling is more enthralled with them than ever, as my colleague Julie Beck reported in 2014. More recently, shows like Hannibal and Dexter have even presented serial killers as complicated antiheroes—murderers whose impulses enforce a dark kind of justice on a rotten world. (See also: Netflix’s upcoming Marvel show The Punisher.)

Mindhunter goes right back to the grisly Golden Age: It’s set in 1977, after the summer of love had curdled into the Summer of Sam, as the FBI was struggling to comprehend a new wave of depraved killers.

“If we’re looking for a motive, we suddenly find there is none,” Ford tells a class of rookies. “It’s a void. It’s a black hole.”

How can agents stop crimes being committed when they don’t understand why they’re happening? It’s a question that still resonates, particularly in the wake of the Las Vegas shooting. And the cultural moment the show’s set in feels familiar, too, with reliable institutions fracturing under the pressure of unprecedented turmoil. “The world barely makes any sense,” Ford observes to a colleague, “so it follows that crime doesn’t either.”

47 Plus verdict: Not to be missed. The Good Place reviewed on Den Of Geek

Find it on Netflix

So, how is the value of your life calculated? It’s definitely worth knowing, because according to Michael, the eager architect of this particular sunny afterlife neighbourhood, each of the major religions got it about 5% right each… but here’s the truth. A trusty PowerPoint breaks it down for the newly deceased residents; every one of your actions is given a positive or negative value and, on the day you die, your final overall score determines your fate. Actions such as stepping carefully over a flower bed, saving a child from drowning and fixing a broken tricycle for a child who loves tricycles score highly in the positive direction, whilst overstating your personal connection to a tragedy that has nothing to do with you and being the commissioner of a professional American football league land you with a hefty negative score. The biggest positive score that can be attained? Ending slavery. The biggest negative? Committing genocide. It’s useful to know, isn’t it?

If this delicious premise hasn’t already got you racing for your Netflix account, allow me to break down why you should be watching this smart and wickedly funny show. First off, there’s nothing quite like it. I could make comparisons to a couple of films that it brought to mind, but that would indicate to you the kind of show this becomes, and I’m not in the business of spoiling the genius twists and turns of this fantastical comedy. From a writer who brought us the American version of The Office and Parks and Recreation, the show plays with all the light-heartedness and easy viewing of a sitcom with the big themes of a compelling drama. And boy is it addictive.

47 Plus verdict: If you loved Parks and Recreation, or Brooklyn 99, this is for you. It’s smart, funny, knowing and moving.

Find it on Stan

47 Plus verdict: Don’t bother unless you are a W&G tragic. Except maybe to wonder about how the years have not been kind to Grace and Jack, while Will and Karen look as though they have vampire facials weekly.