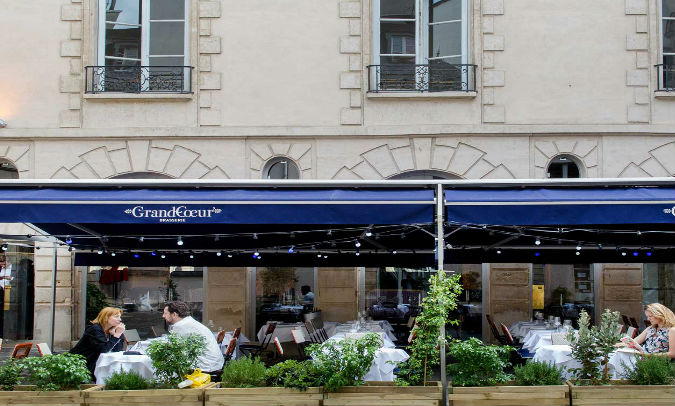 From three-Michelin-star tasting menus to casual wine bars, Alexander Lobrano looks at what you can expect in the culinary capital of the world… During the past 10 years, Paris has boldly reclaimed its title as the best food city in Europe. And Paris restaurants are reclaiming their place in the world’s culinary firmament.

The French capital is bustling with a brilliant constellation of new restaurants by talented young chefs from all over the world, plus an inventive and diverse array of casual dining options. There’s also been a renaissance of its long-established gastronomic landscape, including traditional bistros, brasseries, and stylish restaurants serving classic French cooking made famous by Escoffier, including dishes like blanquette de veau (veal in cream sauce) and pistachio soufflés.

As always, some places must leave the list to make room for others. Here are a few of the highlights:

• As the brasserie revival in Paris continues to gain momentum, Champeaux seems to have lost its way. Lazare is still very good, but Grand Coeur has become the best contemporary brasserie in town.
• Three regional stalwarts, L’Ambassade d’Auvergne, Auberge Pyrénées Cévennes, and Au Bretzel, have let their quality slip, and so make way for Les Arlots, an outstanding bistrot a vins; Détour, a first-rate modern bistro in the hip Ninth Arrondissement; and Fulgurances, which has become one of the most exciting restaurants in the city.
• One of the reasons Paris is still the best food city in Europe is that you can eat so spectacularly well at midrange prices, so Drouant and Le Grand Véfour (above) make way for the more affordable Septime and Le Baratin.