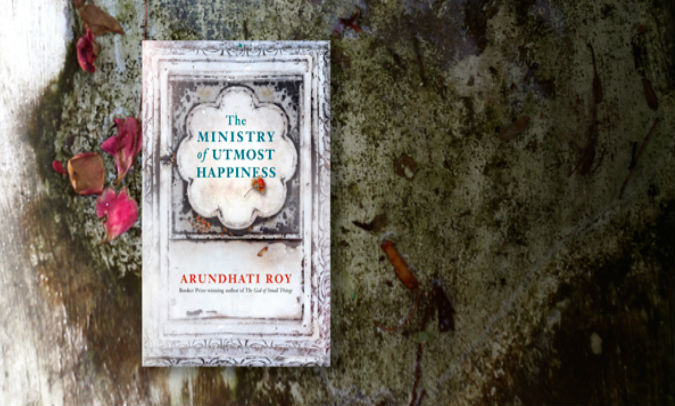 The (nearly) unbearable price of success for Arundhati Roy

Being an activist/artist is trickier than it sounds, as India’s Booker Prize-winning darling Arundhati Roy has discovered. Twenty years after The God of Small Things, her new work of fiction, The Ministry of Utmost Happiness has finally been released. On the night she won the Booker Prize in 1997 for her novel, The God of Small Things, Arundhati Roy had a strange and frightening dream. She was a fish being ripped from the water by a bony emerald hand. A voice instructed her to make a wish. Put me back, she responded. She knew she was on the cusp of cataclysmic fame, she later said an interview. She knew her life would explode—“I’d pay a heavy price.”

She has. It is almost impossible to see Roy clearly through the haze of adulation, condescension, outrage, and celebrity that has enveloped her since the publication of The God of Small Things, a gothic about an illicit intercaste romance in South India. She was feted as a symbol of an ascending India, paraded along with bomb makers and beauty queens. Much was made of the author’s looks—she was named one of People magazine’s most beautiful people—and lack of literary background; there was titillated interest in her days living in a slum and working as an aerobics instructor. Praise for her novel was extravagant—she was compared to Faulkner and García Márquez—but it was also frequently patronizing. “There is something childish about Roy. She has a heightened capacity for wonder”—this from one of the judges who awarded her the Booker Prize. (Meanwhile, a writer who had judged the Booker the previous year publicly called the book “execrable,” and the award a disgrace.)

The world Roy conjures is often brutal, but never confusing or even very complex.
Roy appeared to want no part of any of this. She chopped off her hair after the Booker win, telling The New York Times she didn’t want to be known “as some pretty woman who wrote a book,” and donated her prize money to the Narmada Bachao Andolan, a group protesting the construction of a series of dams that threatened to displace millions of villagers. She turned her attention from fiction to people’s movements all over India—Kashmiris resisting the Indian military’s occupation, tribal communities fighting to protect their ancestral lands. She decried India’s nuclear testing (a source of much national pride at the time) and became an outspoken critic of America’s war in Afghanistan. She was praised for her commitment and derided for her naïveté, and faced charges of obscenity and sedition (later dropped). She was invited to model khakis for Gap (she declined) and to march through the forests of central India with Maoist insurgents (she accepted). And now, after 20 years, she has finally returned to fiction with a new novel, The Ministry of Utmost Happiness.

Is novel the right word, though? I hesitate. The Ministry of Utmost Happiness, hulking, sprawling story that it is, has two main strands. One follows Anjum, a hijra, or transwoman, struggling to make a life for herself in Delhi. The other follows Tilo, a thorny and irresistible architect turned activist (who seems to be modeled on Roy herself), and the three men who fall in love with her. But as was true of The God of Small Things, there is more than a touch of fairy tale in the book’s moral simplicity—or clarity, if you’re feeling charitable. Roy will say of a character, “He was a very clean man. And a good one too,” and he is swiftly, unequivocally pinned to the page.

The world she conjures is often brutal, but never confusing or even very complex. Manichaean dualities prevail: innocence (embodied by puppies, kittens, little girls) versus evil (torture, torturers, soldiers, shopping malls). If this tendency felt less troubling in her first book—think of handsome, heroic Velutha, the untouchable, and his foil, the almost comically evil Baby Kochamma—it was perhaps because the narration was trained so closely on children.