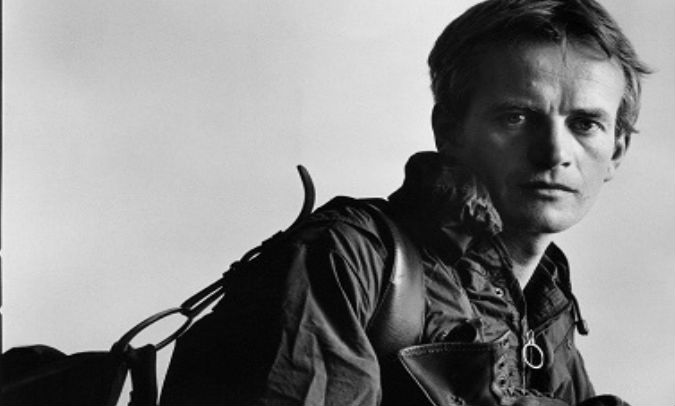 In Patagonia forty years on… the myth of Bruce Chatwin survives

Forty years after the publication of his groundbreaking travelogue, In Patagonia, Bruce Chatwin’s writing — and style — have lost none of their power to bewitch and inspire, Hanya Yanagihara writes for The New York Times. In 1972, Bruce Chatwin left England and began to travel. This was not so long ago, and yet the world back then was still so unmapped: A traveller could and did wander through it like Pausanias, like Ibn Battuta, like the explorers who wrote the first drafts of the romance of movement, of the twinned danger and delight of finding oneself in a place where one was at the mercy of unfriendly but intriguing strangers.

A traveller, back then, was far less likely to find in the foreign traces of the familiar. Depending on where he ventured, he had significantly fewer guarantees of safety, and equally thrillingly, only limited ways of communicating with those he knew and had left behind.

And it wasn’t only that you could (and, indeed, would) travel as Ibn Battuta had, but, crucially, you could travel where Ibn Battuta had, as well: Sanaa and Baghdad and Damascus, all of which are now treacherous or off-­limits, cities in countries forced by war or disaster or bad governance to deny their cultures’ extravagant senses of hospitality.

Great travellers are recessive personalities; the best are unmemorable. This ability to shape-shift, to adapt oneself to one’s context instead of imposing oneself upon it, is a necessary skill; the gift of self-­erasure ensures one will see and hear things one ought not to. One’s goal as a traveller is to be forgettable, to leave no footsteps in the sand.

Though Chatwin might not have been forgettable, he was adaptable. Before embarking on his new life, he had been a student in archaeology at the University of Edinburgh and, before that, an expert in antiquities and Impressionist art at Sotheby’s in London.

He was not forgettable in appearance, either, in his particularly English brand of soft blond beauty, the kind destined to quickly spoil in the equatorial sun, the kind in which one could see the remnants of a too-pretty boy wearing short pants and round-toed black shoes that gleamed like beetles. (Part of the enjoyment of inhabiting Chatwin’s inimitably vivid travelogues In Patagonia and The Songlines — the latter of which is a balletically discursive study of Aboriginal Australia — is imagining their author moving through those baked and lonely landscapes, a slim white flame licking his way across such scarily empty territory.)

A man who was ceaselessly malleable, Chatwin

Chatwin also possessed another quality that all great travellers have: He remained completely who he was even as he proved himself ceaselessly malleable.

Writers who deliberately seek out the company of those foreign to them need to be armed with an unshakable sense of self-possession and a certain sense of arrogance; you need to be able to walk into a place (be it a city or a souk or a tundra) without wondering whether who you are is actually where you’re from, because you already know that where you’re from doesn’t matter.

The idea of home

Home is not a beloved memory or something to yearn for and fetishise, but merely a matter of circumstance: a piece of land (sometimes large, but usually small) on which one eats and sleeps, sometimes for a lifetime, and sometimes for a day. Home, therefore, is anywhere, and yet nowhere as well.

Nomadism powerfully attracted Chatwin, and you might view his collective writings as a struggle to discard this idea of home as a kind of heaven, and to replace it with the radical notion that the person who found himself adrift, in perpetual motion, might already be at home — that movement itself might be the ideal human state.