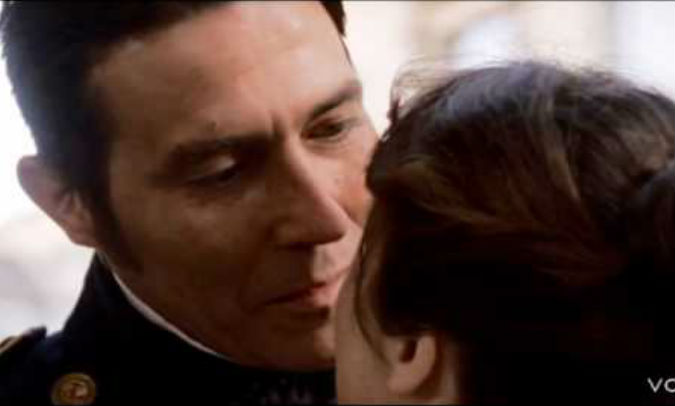 The importance of being Jane – now more than ever

On the 200th anniversary of her death, it is increasingly apparaent that for Jane Austen awkwardness is an equaliser which allows the shy to rise to the occasion, and makes the socially powerful relatable. Charlotte Too often overlooked, one suspects, because the hero of the piece, Capt Wentworth is no Mr Darcy — or even Emma’s finger-wagging Mr Knightley. He doesn’t have quite the same immediate, sexy flair as those two.

Wentworth is little dogged. He pursued Anne when she was seven years younger, and prettier, when he was penniless – and she turned him down. That was a decision she came to regret bitterly, even before he returns covered in glory from a bit of adventuring with the Navy and rich with privateer gold.

Time in the intervening period has done Anne Elliott no favours, while fortune has indeed smiled on Capt Wentworth, making him something of a catch. Wentworth was played in the TV series by Ciaran Hinds, who looks as though he was hewn rather than gestated, and does a nice line in slightly hunched anxiety in this role. Rejected once by the woman he loved, Capt Wentworth will find it hard to risk himself again.

Two hundred years on, still as fresh as tomorrow

The 200th anniversary of the death of the author many think is unequalled in her understanding of a woman’s lot has spurred a whole range of appreciations in literary and high minded journals across the English speaking world.

For The Atlantic, Rosa Inocencio Smith writes:  “Here is a way to win the woman you’ve loved for eight years from afar: When you see her again, avoid speaking. Jump up and leave when she is in earshot. Do her small favors, especially ones that put you within touching distance—but never let her thank you, and be sure to avoid her gaze. Eavesdrop vigorously; should she say anything that suggests she returns your feelings, write her a letter and hurry out of the room. No, wait, come back! You need to make sure that she’s seen it, so point to the letter and stare at her earnestly, mumbling that you’ve forgotten your gloves. Are you cringing? Don’t worry about Captain Wentworth. Anne Elliot finds him persuasive.”

The scandal of Persuasion!

Persuasion, the television series,  took the ending of the book a step too far for some viewers: Capt Wentworth took Anne in his arms and swept her up in a passionate kiss. In the street! In front of everyone!  This, of course, for the Janeite, was a complete contravention of the Austen protocols, where passion is generally only hinted at.

“Yes, the kiss did cause a lot of restrained criticism,” says Root, who played Persuasion‘s clear-headed heroine. “But after the great suspense of the story, by the end you’re desperate for Anne and Capt Wentworth to get together, desperate! Film is a visual medium, after all. You don’t necessarily want to see them in bed together, but you do want to see something like a kiss.” Too right, sister.

Even Amy Smith  the National Catholic Register got in on the bi-Centennial Austen act:  “The beloved novelist died July 18, 1817 — and her moral lessons and lovely characters live on in her wonderful words 200 years later. Why does Austen endure?

“I think, at their core, Miss Austen’s boy-meets-girl stories stand the test of time because they show us the substance of relationship and what love is. As in: ‘Love is patient; love is kind. It is not jealous; [love] is not pompous; it is not inflated; it is not rude; it does not seek its own interests; it is not quick-tempered; it does not brood over injury; it does not rejoice over wrongdoing, but rejoices with the truth. It bears all things, believes all things, hopes all things, endures all things. Love never fails.’ ~1 Corinthians 13:4-8

“Sometimes love is illustrated in what it is not (think of Wickham and Lydia in Pride and Prejudice or Willoughby’s commitment issues in Sense and Sensibility).”

Read the full story in The Atlantic:  Jane Austen and the Redemption of Gawkiness here.

Full story in the National Catholic Register: Beloved novelist’s boy-meets-girl stories stand the test of time because they show us the substance of relationship and what love is

Further reading: Jane Austen is Everything, The Atlantic