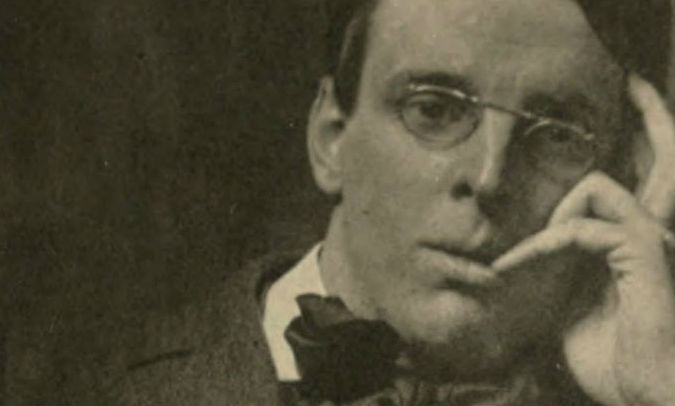 Amid fears that culturally significant artifacts that belonged to the Nobel Prize-winning Irish poet W.B. Yeats would be sold to foreign buyers, the Irish government has announced it had secured the purchase of a portion of the collection ahead of an auction in London, reports The New York Times. More than 200 lots of paintings, sketches and personal effects from the poet and his family members were sold in an auction at Sotheby’s in London, fetching approximately 2 million pounds, or about $2.7 million.

Yeats’ writing bureau sold to a private bidder for £150,000, five times the estimated auction price. But the most valuable lot in the sale, a cache of love letters between Yeats and the author Olivia Shakespear worth an estimated £250,000 to £350,000, failed to sell.

The Irish arts minister, Heather Humphreys, announced her department had provided 650,000 euros, around $763,000, in funding to the National Museum of Ireland and the National Library of Ireland in July to buy “significant elements of the collection” on behalf of the State, according to a statement.

The library and the museum selected the items for purchase themselves, and they were withdrawn from the auction in advance. The items acquired by the museum included a walnut table, a Burmese chest in which Yeats stored manuscripts, a series of Japanese masks, and a collection of objects that show the influence of occultism and spiritualism on Yeats’s work.

The announcement that the government would intervene was made after high-profile Irish literary, artistic and academic figures decried the sale as a great loss to the country’s cultural heritage.

Prof. Christopher Morash, vice provost of Trinity College Dublin, was one of many academics who urged the government to keep the collection in Ireland. He said in an email: “I was delighted to see that the Irish government acted promptly, and wisely in allowing the key cultural institutions to decide which items were most important to preserve in public ownership.”

A letter signed by Professor Morash along with other academics and Irish luminaries, including Marie Heaney, Seamus Heaney’s widow, and the poets Paul Muldoon and Michael Longley, called on the government to prevent the collection being sold to foreign buyers.

“Preserving such a collection for the future benefit of Ireland has to be within the power of the Government and the national institutions concerned,” the letter said. “Once the collection is broken up and sold, the chance will not come again.”

An editorial in The Irish Times before the auction said, “Far too much of Ireland’s literary heritage has made its way into the archives of well-endowed American universities and the collections of private individuals abroad…”

Main image: Detail from a portrait of W B Yeats (Wiki Commons)