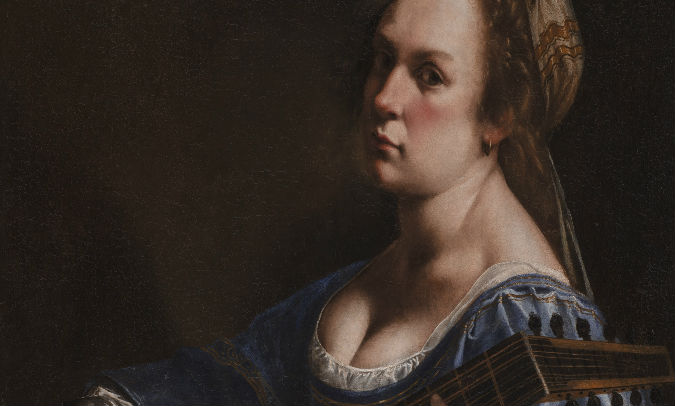 Has a masterpiece been saved from obscurity by a keen amateur?

It’s something many of us dream of – stumbling over a lost treasure which is saved from the detritus of history by an eagle-eye. But sometimes these discoveries open up more questions than give answers. Mario Christodoulou has the story on a possible canvas by the master, Artemisia Gentileschi for The Sydney Morning Herald. On a Saturday morning in the winter of 1976, Charles Bennett Taylor was rummaging through the artworks at a small Crows Nest gallery on Sydney’s lower north shore when he spotted an odd classical painting, tilted on an angle and leaning against a back wall.

“I just saw it through an open doorway, an ancient painting. It was falling out of the frame and I was fascinated with it,” he says.

The subject matter was a common classical trope – a mother and child – but their depiction was strange and unsettling. In the painting, a child has gouged his mother’s breast, drawing blood. Her face is turned away as she gently pushes the infant away.

The child is no loving cherub. He has a distinctly adult face with, in the words of one art specialist, “a full complement of luxuriant healthy black hair complete with sideburns.

“I enquired about it and it turned out it was for sale,” says Taylor. A former artillery gunner in World War II and later a sign manufacturer, he has nurtured a love of art since childhood.

He purchased the painting on the spot for a modest sum (he does not want the actual amount revealed), strapped it to the roof of his light-blue Falcon XR 500, and drove home. His wife wouldn’t allow it in the lounge room – too gruesome – so it hung, for many years, in a spare bedroom.

“I was fascinated with it and it became part of my life,” says Taylor.

Three years later, in 1979, he bundled it up and drove to Victoria to put it before experienced fine-art restorer Matthew Moss.

Moss was an art specialist in his own right. Before coming to Australia he had worked for a time at the National Gallery of Ireland as its chief restorer and was later founder of its conservation laboratory. He happened to be in Australia, where he was working as a restorer for the Regional Galleries Conservation Centre in Ballarat.

Full story here: The old master’s mystery – Could a painting found in a suburban Sydney flat be the work of 17th-century master Artemisia Gentileschi?

First image, The Death of Cleopatra

Second image: Susanna and the Elders