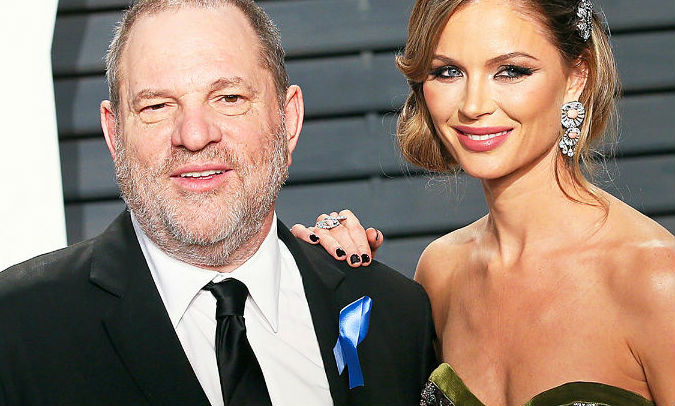 Jim McDermott sj is the Los Angeles Correspondent and an Associate Editor at America magazine.   He considers the lessons the Church might take out of the Weinstein affair. Living in Los Angeles and watching the cascade of horror that is the unravelling story of Hollywood uber-exec Harvey Weinstein and his abuses of women, I have had a strange sense of déjà vu.

I was a seminarian studying for the priesthood in Boston in January 2002 when The Boston Globe began publishing its astonishing series of articles on child sexual abuse in the Catholic Church.

Those reports began a lot like the Weinstein story, with allegations surrounding one man, John Geoghan, who had been committing horrific acts of abuse for decades throughout the Archdiocese of Boston.

I suspect the Weinstein story, too, is just the beginning of a much larger set of revelations about abuse and power in the entertainment industry. And 15 years into the Catholic crisis, having witnessed the choices the institutional church has made (some of them disastrous), I suspect there are things that Hollywood could learn from that experience right now. Here are five that come immediately to mind.

Except it isn’t. Just last week Andy Signore from Honest Trailers was fired for some of the same things. Two weeks ago it was Harry Knowles, forced to take a leave of absence from the blog he founded, Ain’t It Cool News. Last year it was Devin Faraci, deposed as editor-in-chief of the website Birth. Movies. Death.

And those guys are minor figures in the entertainment industry. Rumors of sexual misconduct have surfaced of late about perhaps the most popular white comedian on the planet right now. And let’s not even start with the well-trod tales of Woody Allen or Roman Polanski.

The studios, the networks, the talent agencies, production companies, TV shows, celebrities…come on. It was never just Father John Geoghan or Father Marcial Maciel Degollado or Gerald Ridsdale. And it is not just Mr Weinstein.

As it should have a long time ago, it is all going to come out. It does not matter how deep it has been buried or how afraid the victims or others may still be right now. The press chases the story, and people will start to realize they, too, can be released from a piece of their own private hell.

It took years for the Catholic Church in the United States to stop trying to hide the facts. Even now, some insist it is still guilty of that. And the effects have been catastrophic. Look at our empty pews and our battered flocks.

Want to learn from the church, Hollywood? Don’t wait for the press to dig up the stories. They will find them. You know where the problems are. Act now.

You made Spotlight. Shoot, you gave it the Academy Award. It is all in there.

2. There is an even bigger issue you have to face, and it is everyone else

As each new accusation of child abuse has broken in the Catholic Church over the last 15 years, the first wave of horror has been in the sickening tales of brutality, the unthinkable trauma which these children suffered.

But that reaction was quickly followed by the necessary next question: Who else was involved? Who else knew?

There is no Harvey Weinstein without a culture that not only allows for but enables a Harvey Weinstein: The fellow executives and subordinates who turned a blind eye or even aided him in the astonishing things he was doing to women and the movie stars who did the same.

The press, too, shares some responsibility for allowing these crimes to continue. Indeed, as with the church stories, we are already hearing that the very organization which broke the Harvey Weinstein story, The New York Times, may have buried a similar report 13 years ago, allegedly at the behest of Hollywood figures including the actors Matt Damon and Russell Crowe….