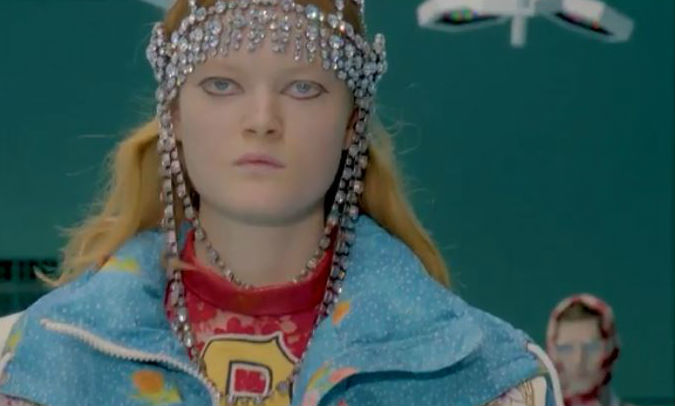 Quite ordinary men are waking up across the globe to discover that they are suddenly, shockingly in fashion… while others of us are hoping that Gucci’s strange collection at Milan Fashion Week will just retire to a wardrobe far, far away. Across the men’s style scene, dressing like a stereotypical suburban dad has become au courant.

“You see guys dressing like dads with the bigger sneakers, baggy pants, big shirts and oversize track jackets. I’m surprised Members Only jackets haven’t come back huge yet.” (Side note: “dad style” is an offshoot of the “normcore” trend for aggressively simple basics that reigned a few years back.)

Dad style might feel familiar if your Saturday go-to outfit is a pair of comfy jeans and an old hunter-green polo shirt. Alternatively, the term might evoke memories of your own pop’s closet, if he favored argyle vests and canvas baseball hats.

Even if you are a superior being who wouldn’t be caught dead in anything but Brunello Cucinelli fine-gauge sweaters, you know the look from its influential TV heyday in the ’90s: Think Tim Allen on Home Improvement or Jerry Seinfeld’s sitcom alter-ego. Mr Seinfeld’s character may have lacked children, but many baby boomer dads at the time aped his regular-guy style. In much of America, fathers and non-fathers alike are still stuck in a style that is so out it’s suddenly in.

If you’re among their numbers, it may be head-scratching to realize that hoity toity fashion designers are taking their cues from your closet full of decades-old Brooks Brothers shirts and Lands’ End windbreakers. (Surprise, you’re on trend!)

If, on the other hand, your current style is not particularly fatherly, you may be wondering: Why would any guy, old or young, want to lean into a staid suburban-dad look?

Read the full story in The Wall Street Journal:  Dad Style’ Is Now in Fashion. Yes, Even the Jeans

The horror, the horror: Gucci weirdness for 91 looks To walk into Gucci’s Fall 2018 fashion show was a bit unnerving — the set mimicked the operating room of a hospital, perhaps, or a particularly intense examination room.

But actually, it was designer Alessandro Michele’s lab, where he has been experimenting on the Gucci Cyborg. It turns out it’s possible for Michele to even out-Gucci himself: As the first model took the runway carrying a perfect replica of his own head, it was clear that, rather than experiment with a different aesthetic, Michele is ready to double down.

He continues to mine from pretty much every culture globally, from Sikh to South American Indigenous culture, as well as nearly every time period. See: medieval chainmail body jewelry and ’80s ruffled lamé dresses.

Full story in Fashionista: GUCCI OUT-GUCCIS ITSELF FOR FALL 2018