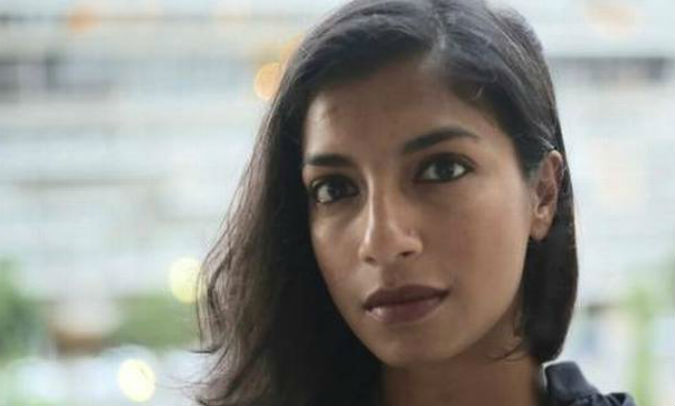 An Ex-Bollywood actress challenges Indian stereotypes with her debut novel

Diksha Basu’s The Windfall goes beyond the “exotic” image of her home country writes Manisha Aggarwal-Schifellite for Elle.

In Diksha Basu’s debut novel The Windfall (Crown), becoming rich overnight is more an existential crisis than a dream come true. Set in present day New Delhi, The Windfall begins as the Jha family comes into wealth, after Mr Jha sells a phone directory website to an American company for $20 million (although his son Rupak, studying for an MBA in upstate New York, ruefully notes that the company is now worth $200 million).

With their new cash influx, the Jhas decide to move from their small East Delhi flat in a compound of tight-knit (and nosy) neighbors to a sprawling modern house in the shiny new suburb of Gurgaon, replete with lawns, private golf clubs, and a guard in front of every iron gate.

But despite the change in their status, the Jhas come to find that even at the highest echelons of society, there are distinctions between the haves and the have-mores. Switching perspectives between the Jha family, their friends, and neighbors, The Windfall explores the effects of generational, gender, and class differences. Through her detailed descriptions of family meals, dusty floors, and ostentatious outfits, Basu gives us a full snapshot of a community’s life in contemporary India.

By writing about characters from several backgrounds, Basu hopes to dislodge stereotypes about Indian culture for Western readers. Born in New Delhi, Basu grew up in India and the US, worked as an actor in Bollywood, and now splits her time between New York and Mumbai, giving her a “fluid sense of home,” she says over the phone. But when she arrived in the States, she found that there was little understanding of India: “Even when there was an explosion of diasporic literature, this very narrow idea [persisted] of what it means to be Indian, and it was very exotic and specific.” With her novel, she says, it “was really important to show that while circumstances might be dictated by borders, basic human characteristics aren’t.”

Basu’s experience as a global citizen greatly influenced how she depicted the Jhas’ world. When she was growing up in Delhi in the 1990s, the Indian economy was opening up to foreign investment and global consumer markets, and wealth trickled into the country in visible ways: “We were all wearing uniforms [at school], but certain kids who were going abroad for all their holidays were also carrying JanSport backpacks.” These small differences in status, and the ways in which money affects people and their relationships, intrigued Basu even as a child.

These days, the symbols of wealth and status have become more subtle and are evolving quickly. “The tech industry is completely changing the rules,” she says, citing ripped jeans and hoodies as modern markers of wealth and success. In The Windfall, the Jhas struggle to keep up with their peers. Her new wealthy neighbours wear designer saris in modern patterns and materials, but Mrs Jha is mistaken for a maid because of her traditional starched cotton garments. Mr Jha frets about buying the right luxury car for his son, even as Rupak flunks out of business school and spends all his time smoking pot with his secret white girlfriend.

Racism, immigration, and the changing nature of work snarl an already complicated family tangle. Basu says that “immigrant” and “expat” are starting to mean different things to many. “There is a kind of global citizenship emerging in a particular class,” she says, “where there are large numbers of people leaving their home countries for reasons that go beyond traditional definitions,” she explains, whether it’s for education, work, or just to experience a different place and culture temporarily.

Image from The Hindu here.

Review of The Windfall in The New York Times here.