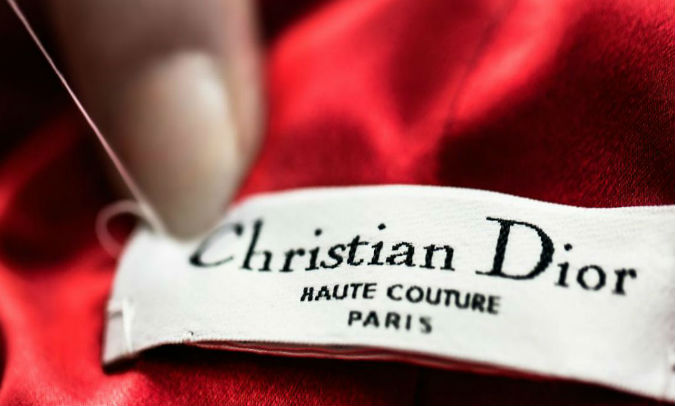 Dior at new NGV exhibition in Melbourne – pas mal for 70!

Svetlana Lloyd, at Melbourne’s NGV, looks upset as she recounts how she donated her Dior dresses to the Brooklyn Museum, only to have them go into storage at the Metropolitan Museum of Art. Hannah Francis reports for The Sydney Morning Herald. Then her eye catches a black dress – the very last one at the exit of the exhibition, The House of Dior: Seventy Years of Haute Couture, which has opened at Melbourne’s NGV International.

“That’s it, that’s my dress. But I had a sort of flat hat on,” she says, pointing at the tiara that is on the display mannequin instead.

Lloyd, 83, modelled this design and countless others as a young “mannequin” working for four years for Christian Dior in Paris, even travelling to Sydney in 1957 for the David Jones parade. Nine years earlier, Dior had also chosen Sydney for his first catwalk outside Paris.

The Dior dress she’s wearing in Melbourne – a soft cream, with slender pleats in the skirt and a matching bag – is a tad more modern, and every bit as classy.

But her favourite dress was one like the black tulle one in the exhibition – only it was made from wool.

“The shape was exactly the same but it was very plain – no gather, nothing … I loved it so much [after modelling it in 1957] I took it as my own.

“We [the in-house models] were allowed one free dress which had to have been worn 10 minutes a day for six months [before we could take it home].” Image 2: Sventlana Lloyd at the opening, photo by Eddie Jim

Image 3: Some of the Dior designs in the NGV show