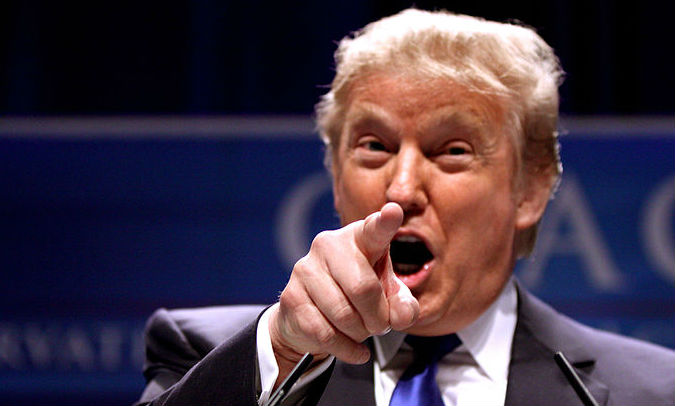 The Dangerous Case of Donald Trump: A duty to warn?

According to veteran broadcaster Bill Moyers, there will not be a book published this fall more urgent, important, or controversial than The Dangerous Case of Donald Trump, the work of 27 psychiatrists, psychologists, and mental health experts to assess President Trump’s mental health. They had come together last March at a conference at Yale University to wrestle with two questions. One was on countless minds across the country: “What’s wrong with him?” The second was directed to their own code of ethics: “Does Professional Responsibility Include a Duty to Warn” if they conclude the president to be dangerously unfit?

As mental health professionals, these men and women respect the long-standing “Goldwater rule” which inhibits them from diagnosing public figures whom they have not personally examined. At the same time, as explained by Dr. Bandy X Lee, who teaches law and psychiatry at Yale School of Medicine, the rule does not have a countervailing rule that directs what to do when the risk of harm from remaining silent outweighs the damage that could result from speaking about a public figure — “which in this case, could even be the greatest possible harm.” It is an old and difficult moral issue that requires a great exertion of conscience. Their decision: “We respect the rule, we deem it subordinate to the single most important principle that guides our professional conduct: that we hold our responsibility to human life and well-being as paramount.”

Hence, this profound, illuminating and discomforting book undertaken as “a duty to warn.”

The foreword is by one of America’s leading psychohistorians, Robert Jay Lifton. He is renowned for his studies of people under stress — for books such as Death in Life: Survivors of Hiroshima (1967), Home from the War: Vietnam Veterans — Neither Victims nor Executioners (1973), and The Nazi Doctors: Medical Killing and the Psychology of Genocide (1986). The Nazi Doctors was the first in-depth study of how medical professionals rationalized their participation in the Holocaust, from the early stages of the Hitler’s euthanasia project to extermination camps.

The Dangerous Case of Donald Trump will be published October 3 by St. Martin’s Press.

Bill Moyers: This book is a withering exploration of Donald Trump’s mental state. Aren’t you and the 26 other mental health experts who contribute to it in effect violating the Goldwater Rule? Section 7.3 of the American Psychiatrist Association’s code of ethics flatly says: “It is unethical for a psychiatrist to offer a professional opinion [on a public figure] unless he or she has conducted an examination and has been granted proper authorization.” Are you putting your profession’s reputation at risk?

Robert Jay Lifton: I don’t think so. I think the Goldwater Rule is a little ambiguous. We adhere to that portion of the Goldwater Rule that says we don’t see ourselves as making a definitive diagnosis in a formal way and we don’t believe that should be done, except by hands-on interviewing and studying of a person. But we take issue with the idea that therefore we can say nothing about Trump or any other public figure. We have a perfect right to offer our opinion, and that’s where “duty to warn” comes in.

Lifton: We have a duty to warn on an individual basis if we are treating someone who may be dangerous to herself or to others — a duty to warn people who are in danger from that person. We feel it’s our duty to warn the country about the danger of this president. If we think we have learned something about Donald Trump and his psychology that is dangerous to the country, yes, we have an obligation to say so. That’s why Judith Herman and I wrote our letter to The New York Times. We argue that Trump’s difficult relationship to reality and his inability to respond in an evenhanded way to a crisis renders him unfit to be president, and we asked our elected representative to take steps to remove him from the presidency.

Full story:  The Dangerous Case of Donald Trump: Robert Jay Lifton and Bill Moyers on ‘A Duty to Warn’   (Bill Moyers and Company)