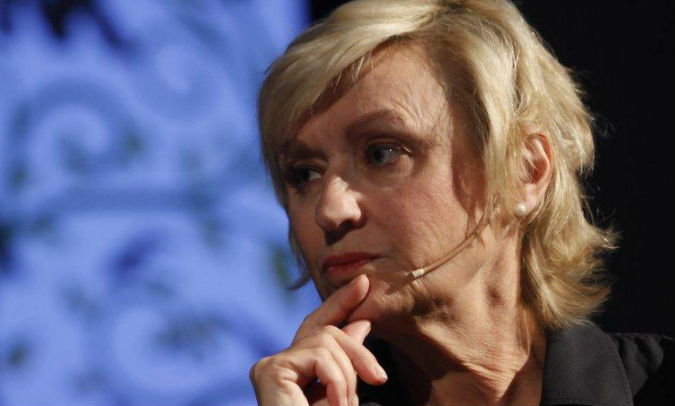 On the day that Conde Nast announced the new editor of their treasure, Vanity Fair, a former editor, Tina Brown, released The Vanity Fair Diaries 1983-1992. KK Ford read them with a mounting horror. Vanity Fair was a basket case when British wunderkind Tina Brown arrived. No doubt about its crashed and burned status – it had been revived, badly, and now it was a total mess. The Newhouse family, who own Conde Nast, was not pleased.

They had been courting Brown since her days of bringing UK Sloane Ranger handbook, Tatler, into the modern world. Fate had handed her the Sloaniest princess of them all, Lady Diana Spencer, to cover,  and Brown (who with her blue eyes and blonde curls was a sharper version of poor dim Di) made the very most of it.

After a bit of to-ing and fro-ing, and incumbent editors arcing up when Tina kicked them off the gravy train,  she was in – hour-long daily blow dries, puff ball skirts, and all. She was not quite 30 and her dream job was hers.

She produced a blend of high and low society, sex and power, which either defined or was defined by the 80s. Chicken and the egg.

Reading this collection of diary notes, two things are immediately apparent: Tina Brown is a relentless self-promoter; and she is simply relentless.

Her affair with the legendary Times editor, Harry Evans, was a “scandale.” Given she snatched him from his perfectly nice wife Enid, the mother of their three children, that seems a little blase, even for her.

The critics have had some fun with their reviews.

In the introductory chapter of The Vanity Fair Diaries: 1983-1992, today’s Tina Brown weighs in on young Tina Brown, and her verdict is clear: From day one, she was hot, hot, hot. Her work for The New Statesman right after university? “Frisky.” Her 1977 affair with the “fearless, crusading” Harold Evans, whom she’d one day marry? “A scandale.” Her old college flame Martin Amis? A “literary lothario” who was “small and Jaggeresque”.

After all these years, she still writes in Vanity Fair display type.

I’m not sure who greenlighted these opening pages, which blunder so frequently into self-parody. At times, Brown seems capable of writing in only two registers: brag and humblebrag. I prefer the straightforward brag – at least all the brass horns are playing in the same key – though I do admire how she twice manages to reveal, by page 10, that she was quite shapely in her youth, both times under the guise of a complaint.

The New Yorker (what Tina did next, after resurrecting Vanity Fair):

“The Vanity Fair Diaries: 1983-1992” (Holt) is Brown’s private account of her work at Vanity Fair for nearly a decade, the editorship often seen as her most dazzling feat. When she took over, less than a year after being blown into New York by Dr. Ruth, the magazine was tens of millions of dollars in the red, with a circulation of about two hundred and fifty thousand. By the time she left, it had more than doubled its pages of advertising and gained about a million readers. The diaries are a ledger of the workdays in between.

That time was filled with famous people, endless parties, comic misadventure. But it’s Brown’s reports on editing that offer an illuminating thrill. Brown calls herself “a magazine romantic,” and, reading her diary, you see why: she collects old magazines the way some people collect baseball cards, and her entries flutter with the joy of conquest at a time when glossies were reaching a glamorous peak. Her narrative is juicy in the mold less of a chophouse steak than of a summer peach: a little tart, a little sweet, mostly refreshing. It’s pretty irresistible. Brown is an entertaining writer of what could be called High Magazinese, a prose of front-loaded descriptors and punch-line squibs (from the introduction: “Large, blond, and ebullient in his well-tailored suits, my father filled a room with his commanding height and broken nose”), and, winsomely, she seems to write this way even when writing for herself. She has a novelist’s sense of pacing and a perverse genius for description. One pompous woman is “a coiffed asparagus”; an aging lord’s secretary is “a pretty, silent blonde girl with whom he probably enjoys recreational humiliation.” Walter Mondale “would make an excellent prime minister of Norway,” and Wallace Shawn is “like a small, anxious hippo.” (There are misses along with the hits, and some descriptions—“Bill Buckley did a pale, sexy, contact-lens stare at me”—leave the reader not just cold but chilled.)

How Tina Brown Remixed the Magazine

The Guardian:  These reflections by the celebrated editor aren’t really about a magazine but about her, and the name-dropping and hard-glamour sell are relentless:

Brown’s fun and often funny latest book is a sort-of (and far superior) follow-up to Life As a Party. It reveals What Tina Did Next, which was to move to New York, rescue the barely breathing magazine Vanity Fair and become the mega media celebrity she remains today. From Warren Beatty propositioning her over a drink (“Look, any time you want to waste some time … ”) to a then student Boris Johnson (“an epic shit”) apparently passing on stories about her to the Sunday Telegraph, Brown knows how to give her readers what they want, which is gossip about the celebrities and politicians she covered. She builds up a picture of her 1980s that consisted, on the one hand, of a media world so swimming in wealth that Brown could pay her contributors – in 1986! – $10,000 an article (that sound you hear is every 21st-century freelance journalist screaming into their pillow), and, on the other, regularly attending funerals of friends who died from Aids.

As in Vanity Fair itself, the serious stuff seems a little like the token broccoli so you feel less bad about gorging on the biscuits. Brown sells the glamour hard, in her hilariously imitable writing style. She describes her ex-boyfriend, Martin Amis, as “a literary lothario” and her youthful affair with the then-married Harold Evans as “a scandale”, which might win the prize for the most pointless use of French in 2017. Her Oxford college, we are reassured, “was the most intellectually exciting of the women’s colleges” while a trip to the cinema makes Brown crow: “This was the heart of the zeitgeist, people!” Perhaps the most absurd example of her glamour-glossing is when she writes about her contributor Dominick Dunne, whose daughter, Dominique, was murdered by her ex-boyfriend in 1982: Brown feels the need to add that the killer was “a chef at LA’s fashionable Ma Maison restaurant,” a writing tic reminiscent of the Daily Mail’s frequent inclusion of how much a victim or perpetrator of a terrible crime once paid for their house.

Brown forewarns the reader in the introduction: “These were years spent amid the moneyed elite of Manhattan and LA and the Hamptons … Please don’t expect ruminations on the sociological fallout of trickle-down economics.” In other words, the book is merely a reflection of the magazine she was editing. But given that in this same introduction, which she wrote more than 25 years after leaving Vanity Fair, Brown name-drops not just the guests who attended her 1981 wedding (“Nora Ephron, Ben Bradlee, Anthony Holden … ”) but also the caterers (“Loaves & Fishes in Sagaponack”), the question of whether the book reflects Vanity Fair’s viewpoint or Brown’s is, to say the least, debatable.

“The heart of the zeitgeist, people!”

Also read this, just for fun…. How to Lose $100 Million The undoing of Tina Brown in Politico Magazine

Main image: Tina Brown – Too long at the party?