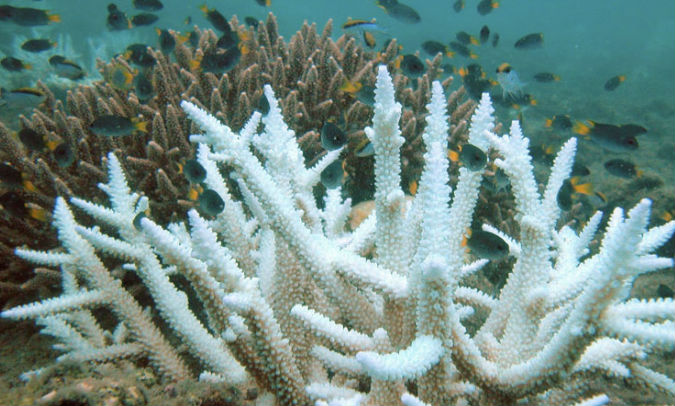 Are we as doomed as that recent New York Magazine article on  global warming says? Why it’s so hard to talk about the worst problem in the world, writes Robinson Meyer in The Atlantic.

No one knows how to talk about climatge change right now.

I don’t have an idea about where to begin, and I write about it professionally.

On the one hand, the natural consequences of climate change seem increasingly severe and devastating. Just in the past two years, I’ve written about how global warming will probably cause more mega-droughts in Arizona and New Mexico; how dangerously sweltering summer days are three times likelier to occur today than they were in 1900; and how even slightly warmer oceans will destroy the Great Barrier Reef.

Come the moment, come the strategy

On the other hand, a strategy for addressing climate change is coming together. The cost of solar and wind energy are plunging worldwide. Carmakers are promising to take more of their fleet electric. And the amount of carbon released into the atmosphere from human activity has stabilised during the past three years.

Decarbonising will be an arduous and difficult global project—but technological development and government policy are finally bringing it into the realm of the possible.

But on the other, other hand, the Trump administration is methodically and successfully undermining the substance of American climate policy. It has spread untruths about the science, abandonned the Paris Agreement, and stricken dozens of environment protection rules from the law books.

Michael Oppenheimer, a Princeton professor who has observed climate diplomacy for 30 years, told me that this is one of the most dispiriting moments he can remember. He believes Earth is now doomed to warm by more than two degrees Celsius.

Original story: The Uninhabitable Earth Famine, economic collapse, a sun that cooks us: What climate change could wreak — sooner than you think. By David Wallace-Wells